As told by mum, Megan

Our 8 year old twins Olive and Eliza are both happy and healthy. If you met them now you’d never guess that their first year was quite hard going.

When Michael and I found out we were having twins we felt excited but also daunted. We joined the local multiple birth club and signed up for a multiples antenatal class. At that we learned that there was a higher likelihood a multiple birth may end up in NICU. A Dad shared how positive he found the NICU experience, which struck me as an interesting reflection, given I’d thought it was somewhere you wouldn’t want to be. He also recommended doing a tour of NICU, to get your head around things, just in case. 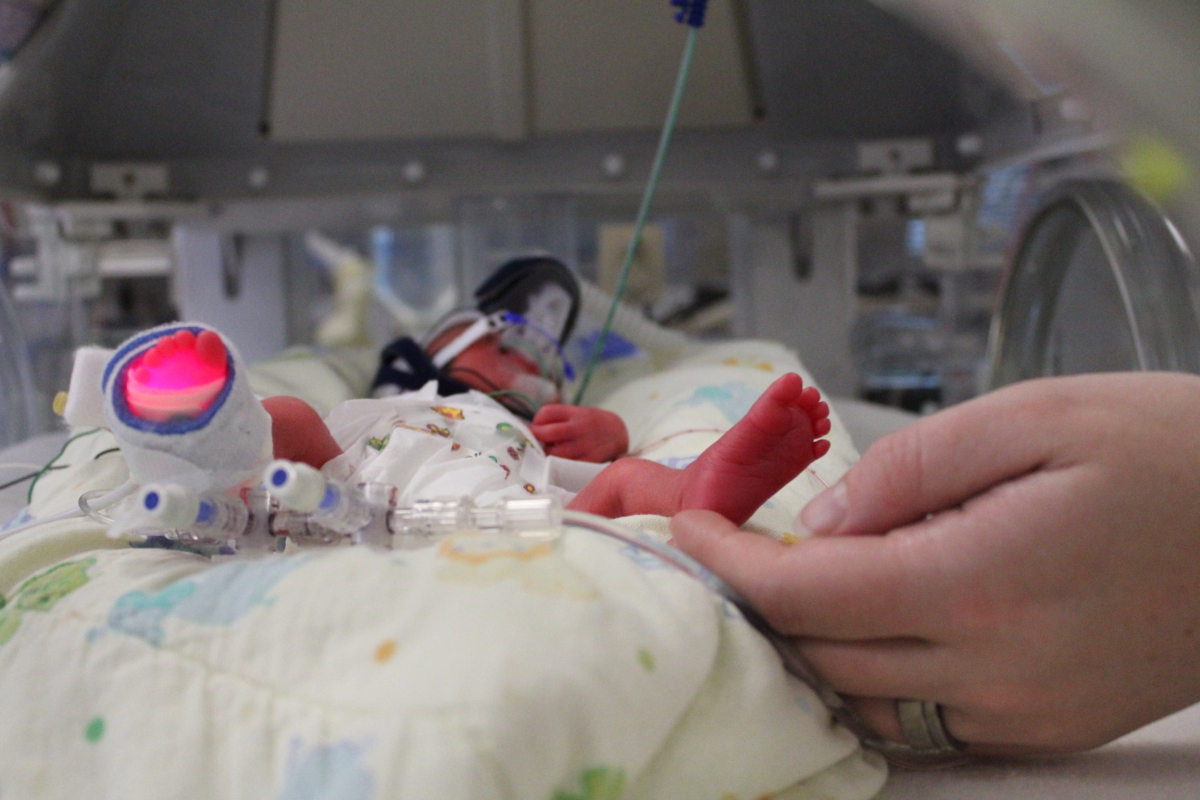 So, we went on a tour where we saw incubators, lights, wires, and tiny babies wearing tiny nappies, with the smallest hands and feet. It seemed clinical and unreal. I know not everyone has this opportunity, so I thought I’d share something I learned on that which I found very helpful. I wanted to know how much time I’d spend in NICU each day when our babies arrived. While every baby’s circumstances are different, the nurse I spoke to had very practical advice; that you’d get worn out if you were there 24/7, and getting rest when you can is very important too.

We found out at about 16 weeks that our twins were growing unevenly (and likely had Twin to Twin Transfusion Syndrome), so we had close monitoring from the amazing High Risk team at Wellington Hospital. It was a stressful time as we wanted our babies to grow as much as possible in my tummy, but anything could go wrong with little warning. We were aiming for 28 weeks and thankfully, at 30+2 we had two girls by C section. Olive was 1416 grams and Eliza 760 grams. I met our girls that night, and it was very surreal – now our babies were the ones in incubators with all the beeping, flashing lights and wires, wearing tiny nappies and with tiny hands and feet. The place that felt so alien on the tour, became a second home for the next 3 months.

Nothing can quite prepare you for the massive change in life that comes with your first baby, whether you’re in NICU or not. That first cuddle with each of our girls a few days after they were born was so special. And on reflection building kangaroo cuddles into our days forced us to slow down and connect. There was nowhere else to be but there with our babies. But it was a strange new pace of life; we were new parents spending time in NICU but also still able to eat dinner out – not something new parents would typically do.

It was a unique introduction to parenthood. Because we had two babies, Michael and I generally gave our girls alternate cuddles until we worked up towards double cuddles. In between the 4 hourly pumping regime, I’d typically go in for cares, and kangaroo 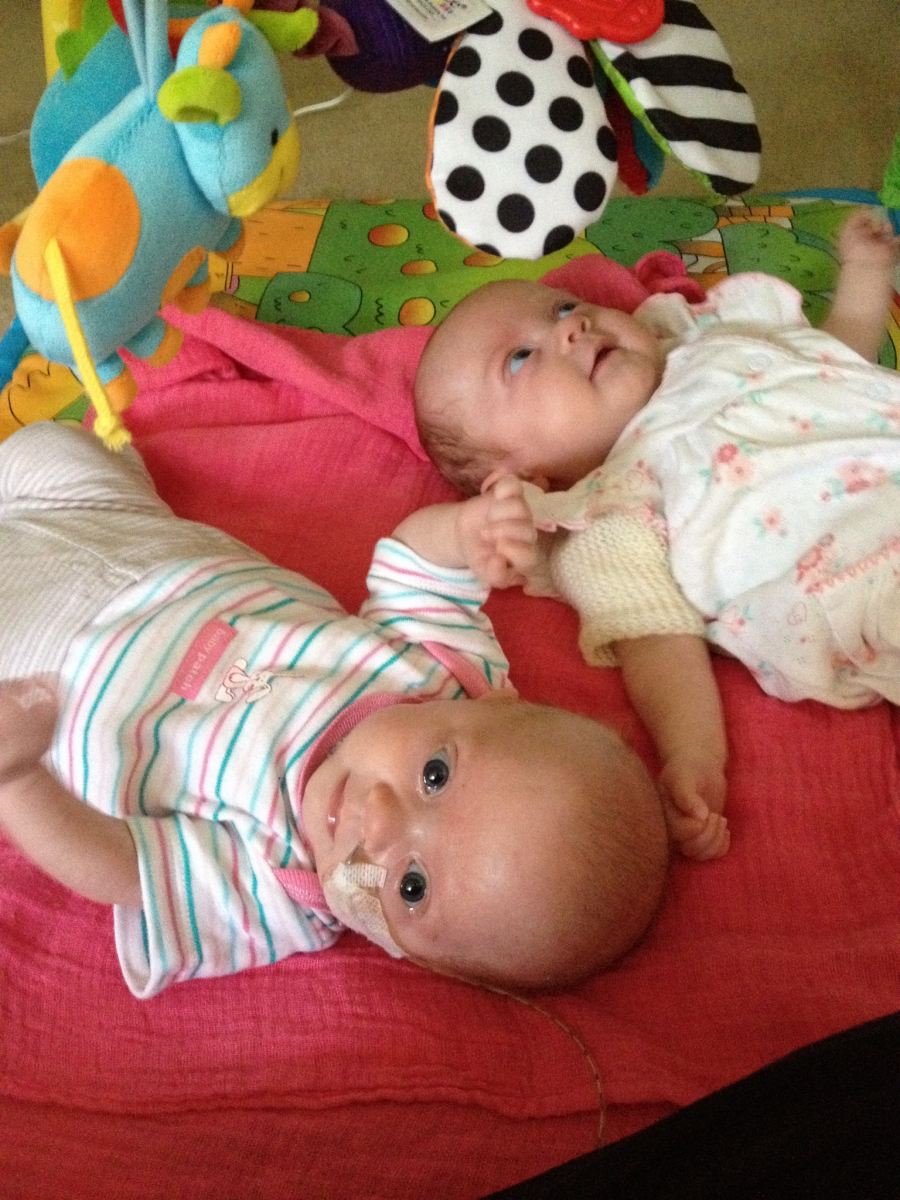 cuddles each day. It was really really tiring. The advice from the tour earlier helped me to not feel guilty when I wasn’t with our girls, because it was hard not having them at home.

Then there were all the terms – CPAP, Brady’s, Bolus feeds, NEC, chronic lung disease. And the measurement – each day looking at vital stats – how much have they had to drink? How much do they weigh? What time is the next feed? How much milk is there? Because it was all new, it was sometimes hard to understand the implications of things. As a new parent, we needed to work in partnership with staff to understand what made the best sense for our babies, instead of feeling our way more like we might have at home.

Because the pregnancy was so stressful, we felt very lucky to have two babies even though they were early. That said, we had some tricky times in NICU. You don’t know how long they will need to stay, and can feel quite helpless and frustrated at times. For us it was 2 steps forward and 1 back. So we tried our best to be patient and take each day as it came. The staff were amazing, but they didn’t have crystal balls either. We found out that we couldn’t will progress or more grams.

NICU is a very special place, but it’s also a state of flux. You didn’t know what each day might present. One day Michael had to leave our girls’ room because another baby needed surgery. You might form some bonds with people, and then they’re moving on because they don’t need to stay as long as you.

While it was like a home away from home, it wasn’t home. My phone was stolen from the unit (the pumping room no less) – I know this was an unusual event and probably not a story I’d normally share, but it’s a reminder that anyone can end up in NICU. While you may have a shared experience of having a baby that needs support, you may not have the same values.

Christmas was a special time in the unit. I was staying in to prepare for Olive’s departure. I remember sitting by our girls when carollers came by on Christmas eve. The girls were dressed up in beautiful christmas outfits – volunteers did an amazing job to make difficult times special. On boxing day of 2011 (two days before their due date), Olive came home after 65 days in NICU. Eliza came home towards the end of January after 96 days.

The last month in NICU was the most difficult. We understood logically that our babies had different needs, but it was hard leaving Eliza and tiring going back and forth every day. Towards the end of her stay, it became clear that Eliza needed to have a nasogastric tube when she came home.

I felt unsure about this – how long would she need it? What if she became dependant on it? How were we going to manage feeding? And that was a valid concern; feeding was a mission – 2 babies, breast + bottle + tube. Eliza also had some reflux, which we thankfully got the right medication for her early, so this didn’t develop into further feeding issues.

We had to learn how to insert Eliza’s tube for when she inevitably pulled it out (which she did about 6 times). I felt proud of her when she did pull it out (because it can’t have been very comfortable), but also didn’t look forward to putting it back (which she hated). Once 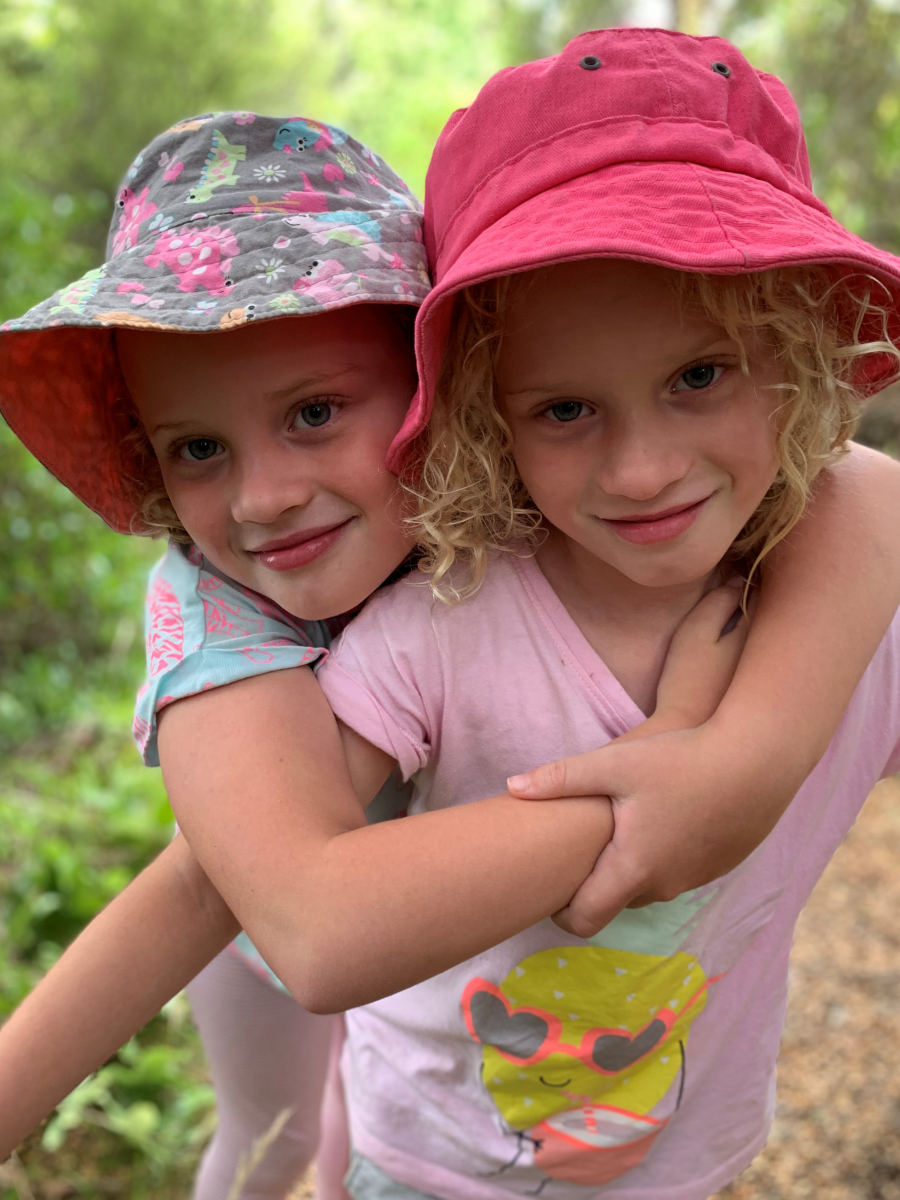 she pulled it out in the night and I remember feeling mortified that we’d been feeding her cot instead of her that night, and wondering what this might do to her weight! Eventually we got the support at the right time to lose the tube. We’d been so focused on helping her to grow, and this wasn’t a straight forward process. We got close guidance to help us with balancing making her hungry enough to eat, but ensuring we were pushing her when she was ready to do this. We happily said goodbye to the tube about 6 months after she came home.

Those first few months at home were FULL ON. We were fortunate to have the support of family, and we also got a student nanny to help during the days.

As I look back on that time now, it was hard finding your feet as a parent when you needed to be taught what to do instead of having the space to find your way. There’s a weird tension when you are in NICU; an utter reliance on help and support which you’re SO grateful for, but also you are the parent, and need to establish independence eventually.

While we continued to get support from the medical team over the early years, our needs eventually reduced. 8 years later, we are very fortunate to have two healthy thriving girls. We will be forever grateful for the support we got from High Risk team during pregnancy, the NICU team, and all the care we received after we came home. It was so all-consuming at the time, but feels like a lifetime away now. While it may not be the path you’d ideally choose, sometimes that path chooses you. It’s mind-blowing the strength that can come from the tiniest of people.