As told by mum, Laura

Day 1 Monday 8 August
The day my waters broke, I was at work. I had just booked my antenatal classes and put in my parental leave forms. A couple of hours ago a colleague had asked how everything was going, to which I replied, ‘everything is perfect!’.

At about 3pm, I felt a bit strange. It turns out my waters had started leaking and weren’t stopping. My midwife said to get to North Shore Hospital emergency room for a checkup, she would meet me there. My boss and friend from work drove me to the hospital while my husband, Ben, battled across town in traffic. Before he could get there, and while I was alone, the doctor asked me ‘do you want to save the baby?’ We had never even considered this was a question we would ever be asked. Baby was only 25 weeks 3 days gestation.

Of course, I said yes and burst in to tears. They started life saving procedures straight away. Antibiotics, 2 rounds of steroids in just a couple of hours for baby’s lungs, and then we were told we were transferring to Auckland Women’s where they could care for babies born under 32 weeks. 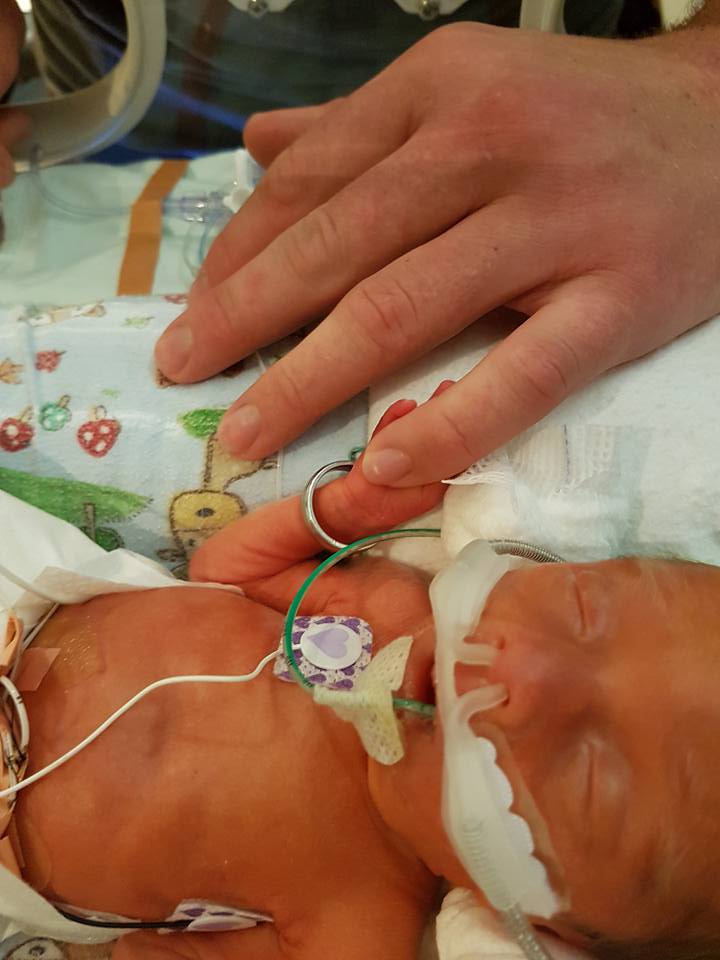 At Auckland Women’s I was assessed and admitted onto the ward to wait. Without contractions, I was hopefully going to go home on bedrest if I could make it to 10 days.  Over the next couple of days, I made the hospital bed my home and as comfortable as possible with a pillow, blanket, books and food. I was told I could go out for walks, but because the leaking wasn’t stopping I was terrified that being upright would cause things to happen faster, so I lay down as much as possible.

Day 2
My waters kept leaking, and it was confirmed with a scan that morning, that Baby had next to no water left. I had a 30min crash course on labour and birth from a midwife which was the extent of antenatal classes I got.
Day 3
At midnight, I started having ‘tightening’ in my belly without any pain. But it was enough to wake me up. After a check at about 1am, my cervix was softening but they weren’t yet concerned.
Day 4
The tightenings were getting quite sore and more regular. I spent a lot of time trying to zone out watching Netflix to relax. By now they were checking baby’s heart rate and movement 3 or 4 times a day. I was so tired at this point after not sleeping for two days, but couldn’t sleep more than a few minutes due to the increasing frequency and pain of the contractions. I was started on morphine during the day and taken into the birthing suite that night for monitoring and put on a magnesium drip. Ben slept in a chair next to the bed and every time I had a contraction (every half hour or so, but still irregular) the midwife would come over and feel my belly and check vitals.
Day 5
I spent moving from the bed to the shower to try and relieve the pain from the contractions. When one came on, I couldn’t stand without support. I was told I still wasn’t in labour and baby was still happy.
Day 6 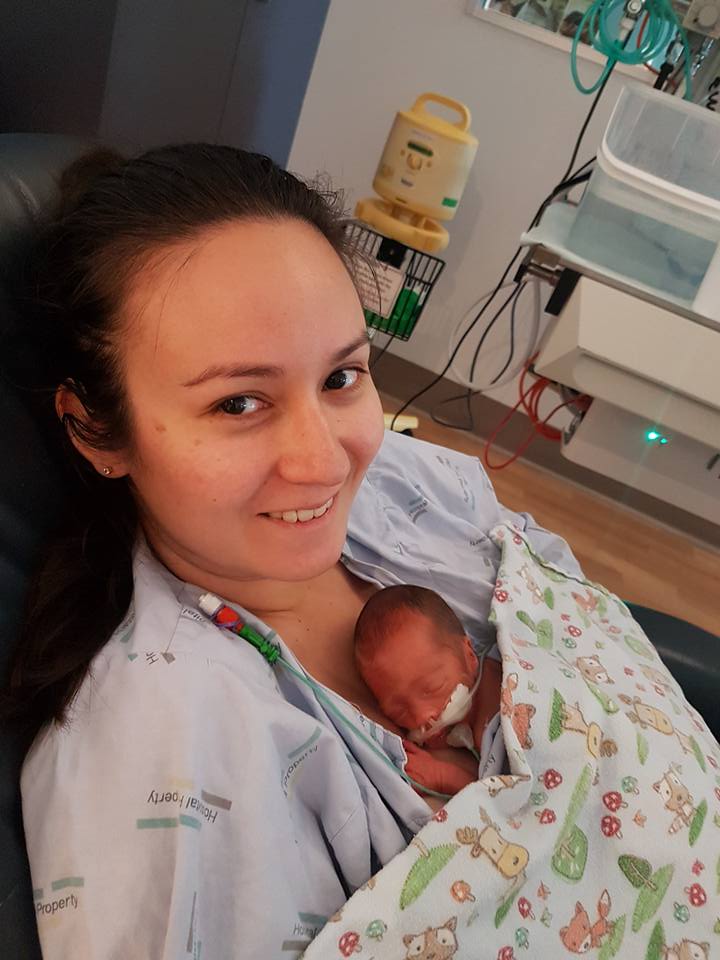 I was taken into the birthing suite again for observations as the contractions were getting long, more often and more painful. I suddenly had the worst pain I had felt yet, and I knew it was Baby’s head getting ready for birth. I was checked and told I was fully dilated, and they could see Baby’s hair. It was too late for painkillers and I wouldn’t be having my water birth.

With a room full of people, after a few more minutes, the contractions stopped… I was absolutely exhausted after 6 days of no sleep, so we waited a little bit. But nothing happened, so I had to push Baby out with no contractions to help. I had been told beforehand that Baby would be limp, blue and would make no noise. But Baby continued to defy the odds and had waving arms immediately and even managed a cry, with Apgar scores of a healthy termie. They were first signs we knew we had a fighter.

Ben announced we had a baby boy, Eddie, and cut the cord (we were part of a trial, so had to cut the cord, vs wait 2 minutes). Eddie was taken away to NICU, with Ben in tow while the midwives sorted me out.

For the next 11 weeks, we met so many doctors and nurses, but we were lucky enough to have one regular doctor looking after Eddie for his whole time in NICU. This made things so much easier as I didn’t have to meet a new doctor every day and felt like I could relax a bit more knowing who was with Eddie when we couldn’t be. We were taking one day at a time, not thinking any further than being there each day. We were told our baby was a fighter and he was strong, going from strength to strength.

At 2 weeks old we had a phone call early in the morning. Eddie was sick, please come to the hospital. The rhetoric changed. Eddie was fragile and needed a lot of support. He had an infection which had turned into sepsis. We’ve never found out what it is, but it was suspected to be NEC, a life threatening condition in premature babies. For what felt like forever, our baby was so unwell he couldn’t tolerate the few milliliters of milk feeds through his nasal tube, he couldn’t be moved from the incubator, his tummy was distending further and further, and he went through a barrage of procedures that I wouldn’t wish on an adult, medications changing quickly and often as conditions were ruled out.

These were, and still are the worst days of my life. It felt like we were taking it minute by minute, and I learnt to read Eddie’s test results in his file to check what I was being told as I needed to be sure I was following along with everything.

It did get better though. Eddie slowly started responding to treatment, and was eventually trialed again on milk feeds of the tiniest few drops. We moved into Level 2 Care when he was 32 weeks gestation, chubby and lively. From here, it was a couple more weeks before there was space at SCBU in North Shore. Leaving NICU was hard, it was my second home and I knew how it worked, what to do and had gone through so many shift changes that we started getting familiar nurses back again. But moving back to our local hospital was a step in the right direction. We were almost home.

Eddie was quarantined in SCBU after getting a cold. We don’t know where he got it from, cause neither of us was sick. Even when he was better, he was kept in an isolation room. This turned out to be the best and most exhausting part of my experience. They let me 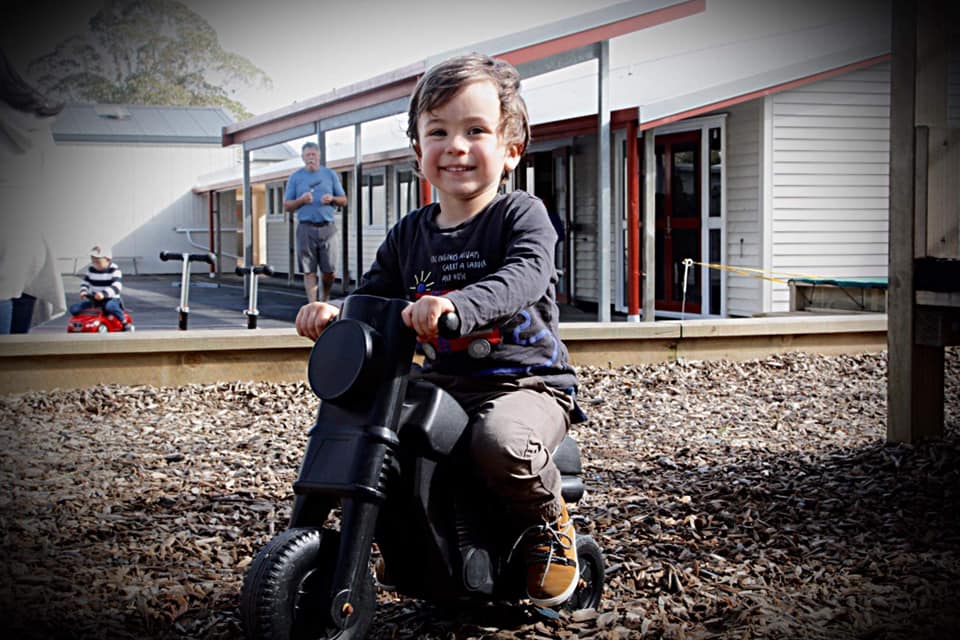 have a bed in there and stay with Eddie, breastfeeding on demand. This last step I credit for his discharge at 37 weeks. We proved early on that Eddie was strong enough to go home and ended up skipping ahead a few steps.

Learning the new routines in SCBU was stressful, but there in the open plan nursery, I met mothers who I am still friends with, all going through their own journeys. We share tips and ideas, like the coffee group we never had.

Eddie’s adventure has shaped our lives and changed us for the better. We are stronger than we would have ever been and three years later the journey isn’t over. 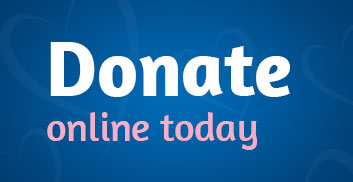