The Little Miracles Trust were privileged to have the support of Baby Sensory with their Senseathon during the month of March, during this time we discovered a very real connection for Toni from Baby Sensory Christchurch.

As told by mum, Toni

Andy and I were so happy when we found out we were pregnant. We had found out on his birthday at the start of February 2010. Our due date was given to us as the 17th October.

The pregnancy continued fairly uneventfully. I had some pelvic pain but apart from that I was going along quite well. We got all the way to week 27. I had been feeling not very well and booked an appointment with my midwife. I had told her all my symptoms and she seemed concerned straight away. After some blood tests and other things it was confirmed I had preeclampsia. I was admitted to hospital and my blood pressure was increasing. We started to find out all the information about preeclampsia and it was not good. I spent two weeks in hospital trying to stay stable but unfortunately I was not able to hold on much beyond 30 weeks.

Our son Harry was born at 30 weeks and 5 days he was 1.2 kgs at birth and just 37 cm long. He was taken straight to the Christchurch Neonatal Intensive Care Unit (NICU) and ventilated as he was unable to breathe. It was a scary time that unfortunately my husband had to deal with alone as I was very sick and in ICU.

Harry was looked after by the amazing nurses in NICU. Harry’s time in the neonatal unit was full of ups and downs, worries and joys and gave us lots of unique memories. As first time parents we had already felt out of our depth, but this experience was beyond anything we had anticipated. I was finally discharged after five days and started my new normal routine of going to the hospital everyday to sit, talk and read to Harry. We could only hold Harry once a day as any more than that was too difficult for him outside of his incubator. This meant I watched him a lot and was waiting to know what it felt like to feel like a real parent.

Two weeks after Harry was born the September 4th earthquake hit. We had just finished renovating our house and the damage was considerable but we were so happy Harry was safe at the hospital.

A few days after the earthquake Harry’s incubator was placed on the lowest temperature and he had grown to 1.8 kg. It meant he could go into a cot! This was the first time we felt like proper parents as we could properly touch him and dress him.

At 35 weeks gestation Harry hit even more milestones, he had his first ever breastfeed and finally was over 2 kgs. This was so exciting as it meant we could finally bath him! It was so special and memorable even though it was in the NICU and not at home where he belonged. 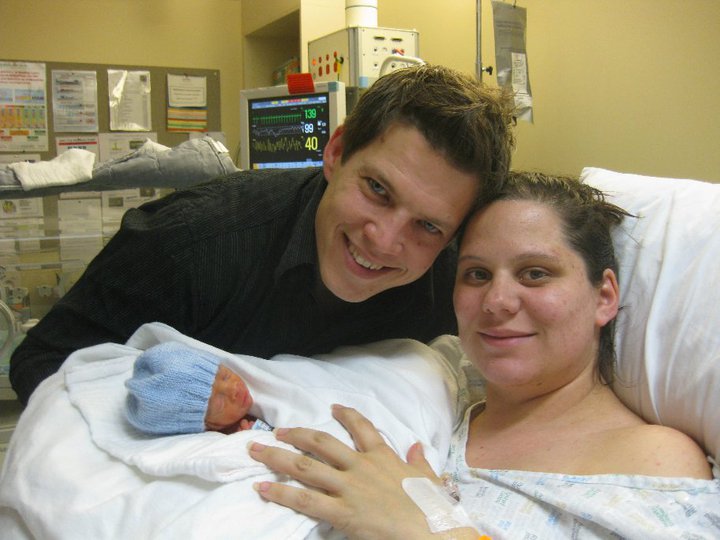 After 63 days in hospital we were able to take Harry home. The enormity of this was not lost on us as we had just spent all that time in hospital and Harry had had been surrounded by nurses and doctors. He was going to be at home with just us! It was so nerve wracking.

Harry grew from a tiny, red, sick, sleeping baby to a plump crying baby we were able to take home. All the time we were there we were looked after by the brilliant nurses and The Little Miracles Trust. They helped us navigate the difficult time we were having, deal with the grief of the unexpected experience and then continue to support us when we were home.

Andy has run 2 marathons in support of The Little Miracles Trust and Baby Sensory has supported the Trust since their start in 2016.

You can download a printable PDF of this story here

*** Thanks for sharing your story Toni and Andy and for all your support! ***
If you would like to discuss sharing the story of your neonatal journey, we’d love to hear from you. Please email info@littlemiraclestrust.org.nz

fancy dress and were tasked with completing special fun ‘superhero challenges’ during the Senseathon classes.  You can read all about this event here

Our heartfelt thanks to Baby Sensory and all those who participated in this wonderful event and choosing to support the work of The Little Miracles Trust.