As told by mum Megan

Like many other first time expectant mothers, I had visions of a calm, smooth 12-14 hour drug-free water birth where I would spend the next several hours doing skin to skin. What I got was an 8 day overdue, 31 hour drug-induced labour that ended with an extra bit of medical intervention to get out my 9lb (4100g) baby boy, Jason. 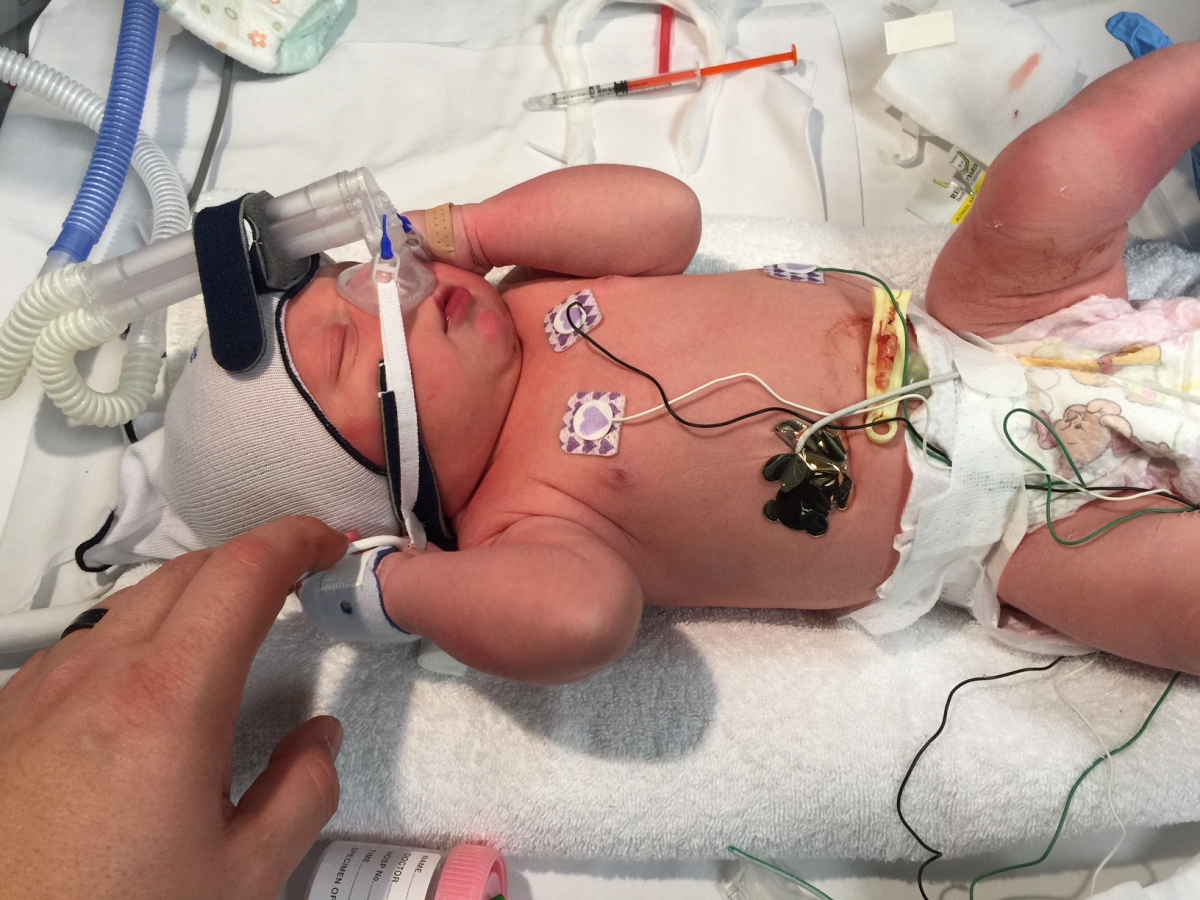 They suspected something was wrong right away, despite the fact that he earned an 8 on the APGAR system. He was struggling to breathe. They immediately took him to the Special Care Baby Unit (SCBU) in the Lower Hutt Hospital. The worry you feel as a parent is immediate and overwhelming when you don’t know what’s wrong with your baby. Without a question I sent my husband to go and be with our son.

Not knowing the cause or exact diagnosis, the doctors took an x-ray of his chest and immediately started him on antibiotics. What felt like ages later, I heard a term I had been familiar with as a former scuba instructor – pneumothorax. It means air trapped in the thoracic cavity (chest) that was causing his lungs to collapse. The doctors theorized when Jason was born, he screamed so hard he pushed air outside his lungs.

What happened next is just a testament as to how strong newborn babies can be. To relieve the pressure in his chest they had to insert a needle, but first they needed to insert a tube down his throat. With his hands he managed to grab a hold of the tube and remove it from his throat, quite forcibly. It took an additional two doctors to hold down his arms and legs to re-insert the tube. He then, somehow, removed the tube using his tongue. He was not joking around. Eventually they were able to get the tube inserted, the needle inserted, and alleviated the pressure surrounding his lungs. They immediately re-inflated.

Because of the cautionary antibiotics he was given before his diagnosis, Jason needed to stay in SCBU for a full four days to finish the course. During that time the staff there cared for him as diligently as every other beautiful baby in attendance. They were helpful in feeding and clothing and changing him. Having not planned for a long stay at the hospital, there was a large collection of new and lovingly handmade clothes of all sizes to clothe and keep them warm. They were even understanding enough to allow my husband to stay in the private SCBU room with me when I was dealing with my own medical ailments from labour. 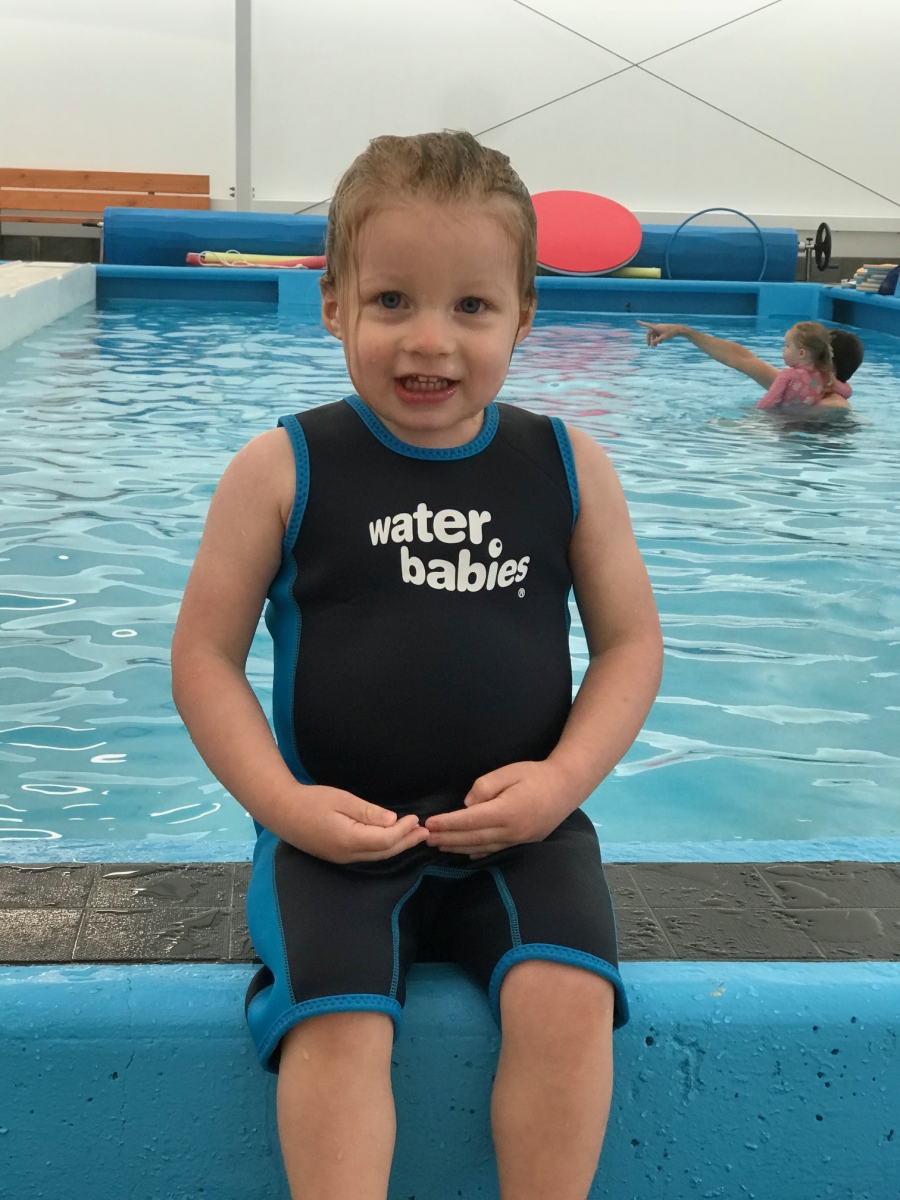 Nowadays you might see my son splashing around in the pool or running around causing mischief. Because of the quick decisions made in the hospital, my son suffers no long-term lasting effects from his stint in SCBU.

Every parent hopes for a smooth entrance into this world for their little ones and while most get that dream, I’m so glad we have such a wonderful unit filled with amazing people to give help when our little ones need it.

*** Thanks for sharing your story Megan! ***
We get a lot of positive feedback from families in a neonatal unit who read these stories and feel strength, hope and positivity knowing that they are not alone going through these experiences and feeling certain emotions.
If you would like to discuss sharing the story of your neonatal journey, we’d love to hear from you. Please email info@littlemiraclestrust.org.nz

Did you know The Little Miracles Trust is proud to be supported by Water Babies? 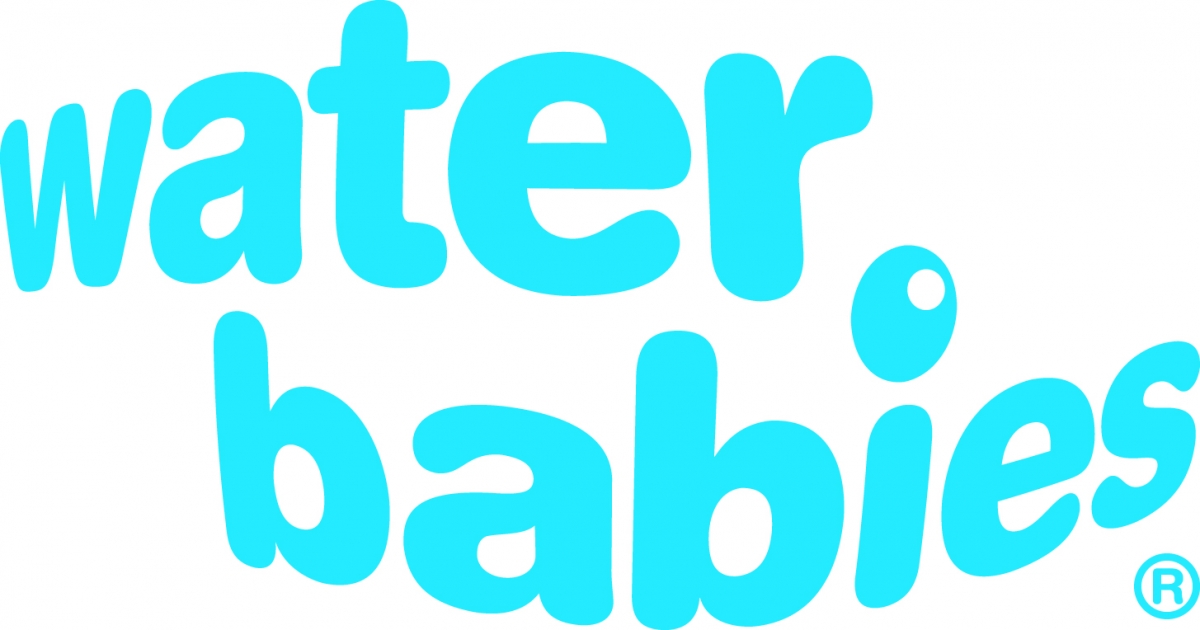 During the week of 3rd – 9th September 2018 they’ll be running a ‘Splashathon’ for The Little Miracles Trust – a fun, themed event where they invite their parents and babies/toddlers to dress in fancy dress and to get sponsorship for their baby/toddler.  There are fantastic prizes on offer for the best dressed baby boy/girl, Mum and Dad and for the families who raise the most money!

You can read more about it on this page