As told by mum

The 9th of November 2016 was a day I will never forget. What I thought was braxton hicks turned out to be labour.  Not knowing this, I drove an hour to the hospital to find our son was on his way 12 weeks early. Eli Richard Maniapoto also known as Baby McIsaac was born at 2 pounds 11 ounces at 7.22am. 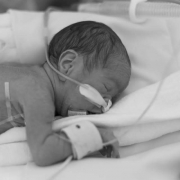 The first week was a blur. Eli looked like a little frog in his incubator. Very small and fragile. The beeping was constant. He wore a mask called Cpap which helped him to breathe, was on multiple medications, TPN, Lipids and on a drip. As Eli was such a surprise there was no time for steroids and he was holding up okay in the beginning so surfactant was not used either.

By day five things started to take a turn for the worst, Eli was having constant brady’s (bradycardic episodes) and was having very long aponeic episodes. Seeing your child’s chest not rise for what felt a lifetime is something I will never forget. It was soon discovered that Eli had a pneumothorax and we were sent to Wellington hospital which is where we spent the next 10 days with Eli resting and being treated for jaundice.

At Wellington hospital at 8 days old we were able to have our first cuddle and do Eli’s cares. At first I couldn’t bare to touch him as my instincts kept telling me he needs to grow and we felt like we were disrupting him. Eli was so small and fragile and the alarms always went off at every small touch.

We were soon transferred back to Palmerston North on the small hospital plane. Two days after this Eli was put on hiflow oxygen, we were so excited to be able to see more of his face, although at times we had to stimulate Eli ourselves (give him a good rub) to remind him to breathe. A two day trial with Hiflow and Eli didn’t cope so back to Cpap we went and we all felt defeated.

A week later we were put back on hiflow again and Eli managed this time. A month after being on hiflow Eli kept pulling his prongs out so we trialled him off oxygen – it was a success!! Eli was put into cot on Christmas Eve and we could finally dress him! It then felt like he was a normal baby.

On Christmas day Eli had a blood transfusion as he was anemic. He was always tired and struggled with feeding. At the New Year Eli caught a cold and was struggling with his breathing, this was devastating as we had been in NNU for 8/9 weeks and we thought we had turned a corner. Every day was a mental struggle as Eli was at 36 weeks gestation and we all thought there would be a turn around. We had numerous trials off oxygen but Eli still couldn’t cope we then had an xray which showed Eli had developed pneumonia which was treated with antibiotics.

A week after this Eli finally came off oxygen! We then focused on feeding and just 2 weeks later we were allowed go on weekend leave where we could test being at home.  Eli still had a Ng tube in as he was tired at times but this was fine as he was finally home!! After thirteen weeks we were finally home!!

This journey has been terrifying at times I never imagined this to happen to our family or to me. It has taught me so much about myself and the importance of family. We take so many things for granted the ability to breathe on our own and the ability to feed. I feel humbled to be able to have witnessed such an incredible thing, to have Eli grow in front of our very eyes. I am so greatful and lucky to have had the neonatal team look after our son. I have learnt so much about Eli, not only that but I have learnt to be a better mother and nurse.

Of special mention was the book provided by The Little Miracles Trust called “What to expect, when it wasn’t what you expected” was amazing it provided us with some insight so we had some control with Eli’s care. 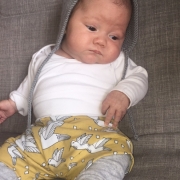 *** Thanks for sharing your story ***
We get a lot of positive feedback from families in a neonatal unit who read these stories and feel strength, hope and positivity knowing that they are not alone going through these experiences and feeling certain emotions.
If you would like to discuss sharing the story of your neonatal journey, we’d love to hear from you. Please email info@littlemiraclestrust.org.nz

From the story above:‘