Today is our son’s birthday. He is 16 years old.  Robbie was born by emergency caesarean section in Wellington Women’s Hospital as the water was off that night at maternity.  Every week I was being tested to make sure our son and I were ok and on this particular day I was told I was heading to hospital. We had planned to go out for a final supper before being induced the next day, but I didn’t pass a urine test and we were then prepped for surgery.   Phone calls were made to family and we were on our way to theatre, in the basement. We made a deal, our son’s Dad would follow the baby and I would get there eventually.

Our son was born at 10:55pm on 9 November 2000 and whisked off to the neonatal unit with his father hot on his heels. I was patched and despatched for recovery and sleep. Our son weighed in at 4 pound 10 ounces and 5 weeks premature. We were in hospital for several weeks with him and I was in for several weeks for me due to blood pressure issues.  This worked well as I then got to see our son often. Eventually we escaped home and brought up our son to the best of our abilities. Our son thrived and I went back to work at 8 months with our son going to a lovely young family to look after during the day. This only lasted a couple of months before her career path changed and he then moved to his Grandmotherly carer who he loved very much. She had children and grandchildren nearby and children in her care, so our son slotted into their lives and got on with his.

We pushed for our son to be tested for his hearing (especially with being Maori and the possibility of glue ear) and eventually he ended up with grommets at about 9 months and again about 4 years. Our son has since thrived and has now taken up kickboxing and has just sat his first NCEA exams.

While we were in the Neonatal Unit in Wellington we really appreciated all the care of the staff and the follow up care we received when we went home. Thanks for all your help.  Robbie had a great start in life and hasn’t done too badly so far. The care and advice we received was amazing and even though he was only little we managed. He is bright, fit and very capable of making a go of his life or not as he chooses, but because of the neonatal unit he has that choice. Thank you. 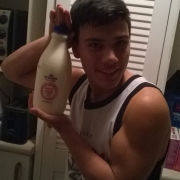 *** Thanks for sharing your story Tanya ***
If you would like to discuss sharing the story of your neonatal journey, we’d love to hear from you. Please email info@littlemiraclestrust.org.nz