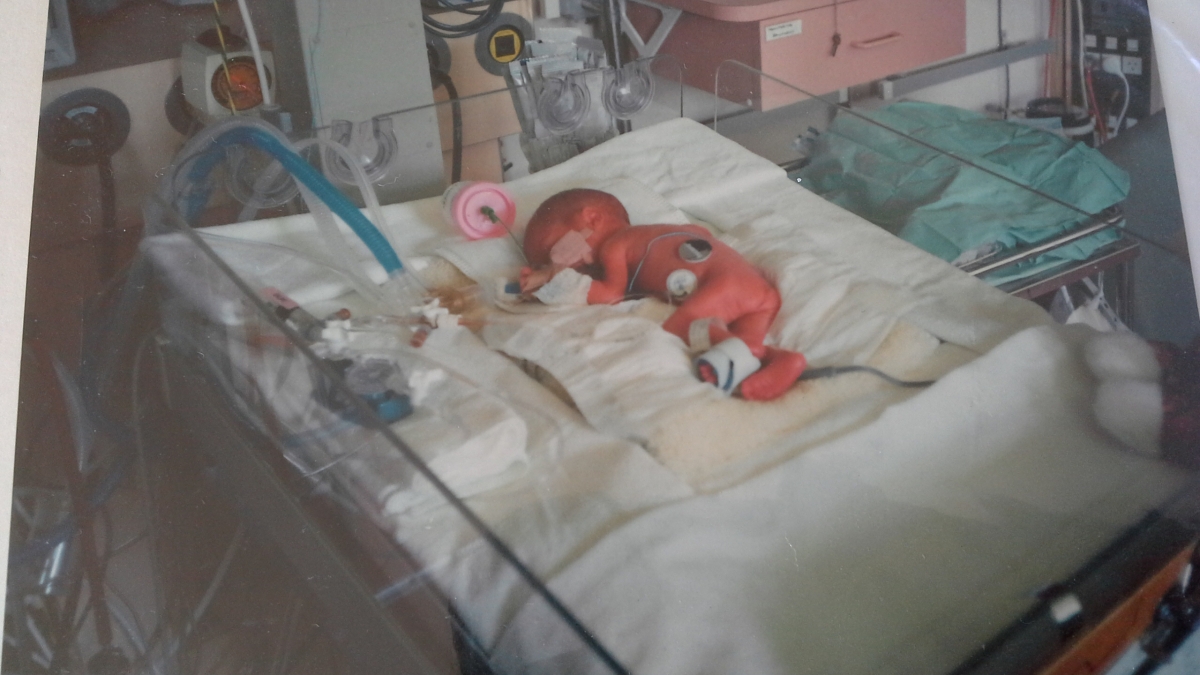 Monitors beep, nurses attend to tiny infants in incubators, and parents whisper quietly to their babies.  Babies’ naked but for a nappy lie in incubators with taped on tubes inserted in mouths, noses and chest for drainage, and in arms and legs for intravenous feeding. This is the Neonatal Intensive Care Unit (NICU). This unit became very familiar to me, as it was home to my daughter for nearly 4 months.

Hi, my name is Jo and I am the mother of Aaron (23) and Lisa (21).
I’d now like you to picture taking 2 pounds of butter and holding one in each hand – that is the size my daughter was when she emerged via emergency caesarean 15 weeks before she was due. Complications including placenta abruption were putting babies life and mine at risk. So on the 25th July 1995 Lisa entered the world weighing 950gms or 2lb 20z at National Women’s Hospital due to Waikato Women’s being full. I could not have possibly comprehended the journey I was about to begin, but as hours turned into days and then weeks and months, I watched a tiny miracle overcome one obstacle after another.

A normal day in my life at the NICU was like a Waltz – there was always one step forward and then 2 back. We spent 21 days at National Women’s – during this time I was overcome by a range of emotions, I felt alone and scared. However I was fortunate to experience the invaluable support provided by Parent Care (now The Little Miracles Trust Auckland). After 21 days Lisa was well enough to be transferred to Waikato hospital, and I had to face the reality of going home to Matamata without her, a very strange feeling as I felt I should be going home with my baby not leaving her in the hospital. My son Aaron was put with all types of care once we got back from Auckland – I really struggled to try and give him normality while needing to be with Lisa. I finally managed to get care – but with having no support at home and travelling daily (sometimes more than once) to Waikato Hospital – after 4 weeks it finally took its toll on me and I was hospitalised also. 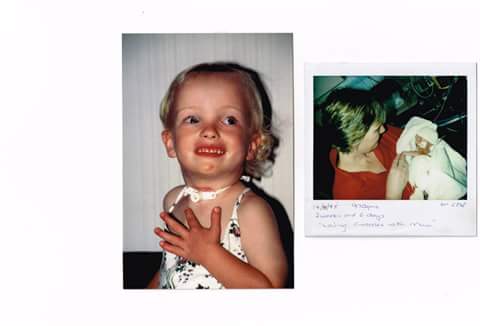 I was fortunate enough to have some remarkable nurses who supported me each step of the way – they became like family investing their lives into my baby. Words cannot express what that meant, because life was such an emotional ride , not knowing what the outcome could be, but the staff kept giving me hope to keep going on my most difficult days – through her most difficult days little Lisa fought for her life. Lisa had surgery at 5 weeks old to put a VP shunt into her brain as she developed grade 2 IVH (bleed in the brain). At 6 weeks Lisa was moved from level 3 Intensive care to level 2 SCBU and I got to dress her for the first time – she finally felt like she belonged to me and not another product of the hospital. At 15 weeks we were able to finally room in together and be on the home straight to going home. That was a strange feeling after all this time finally being woken by my baby – not many mothers look forward to that – but it was a lovely moment for me.  As it drew closer to going home I had very mixed emotions – I was pleased that I could finally take my little girl home but unsure of what lay ahead of me due to her diagnosed problems – those being:
•    PVL peri ventricular leukomalacia (softening of brain near ventricles)
•    Hydrocephalus ( grade 2 IVH)
•    Bronchopulmonary dysplasia

On 13th November 1995 at 17 weeks old (4 months) weighing 5lb 90z (2528gms) I got to take Lisa home. I never thought I’d see the day but there was light at the end of the tunnel after all.
My ex-husband was of very little support over the 4 months we were in the unit and it took a toll on me physically, emotionally, mentally and financially – not only had I been strong for Lisa but I had to be the backbone for my son, husband and parents also.
My husband and I separated days after Lisa came home as he could not cope so Aaron Lisa and I made the call to move to Hamilton to be closer to Waikato Hospital. I knew that there would be more chance of support in Hamilton. Since leaving the unit Lisa had several admissions to the children’s ward, mainly for RSV and Bronchiolitis, several scary times.  I also began to dwell on how more support was needed at Waikato Hospital for families in my situation.  So I initiated the Family Care/Awhina Whanau information packs that were intended to firstly put a smile on the faces of the families, as they included sample giveaways some knitted items donated by knitters within the community and secondly, inform the parents about what to expect while in the unit through an information booklet that I put together.

After 2 years I took the packs a huge step further with the help of NICU staff, Child health staff and a team of dedicated volunteers –secured a room at the hospital and set it up as a Resource Centre.  This ran to support families of premature and special care babies for nearly 5 years. Well by the end of July 1996 I was feeling on top of the world as Lisa had made it to her first birthday – what an emotional day celebrated it with a Naming Ceremony with a lot of hospital staff who had been involved in Lisa’s care from her paediatricians to nursing staff.  Then in August 1996 Lisa was diagnosed with Subglotic Stenosis – narrowing of the airways and in November 1996 (after months of sleepless nights waiting for Lisa to take her next breath; sick of being woken by the alarms of the oximeter due to low saturations; also realising that she hadn’t put on any weight for moths and wasn’t eating or drinking well). Lisa had a Tracheostomy put in place.  Something I thought I was prepared for – but oh boy I wasn’t………my daughter’s throat had been cut and I had to cope with seeing a hole in her neck with a pipe stuck into it!!
I was encouraged in a very gentle way to become involved in “trachy Care”.  I experienced a range of emotions which I discovered was quite common. Lisa spent 6 weeks in hospital after the Trachy being put in.
From there we had several admissions to the ENT ward for care and sometimes complications of the tube. Then in Feb 1998 Lisa underwent a Laryngotracheoplasty – full reconstruction of the airways.  This was another harrowing time for us, but very successful.

After 2 months Lisa was able to be extubated.  It was a complete anti-climax; out came the Trachy tube, Lisa continued to breathe and that was that.  I found it difficult to feel anything at the time apart from a huge weight being lifted off my shoulders. Lisa made tremendous strides forwards and I was a little bewildered by the normality of it all; no oxygen tanks, no suction machines, monitors etc. She had tremendous energy, a normal appetite and her speech came along in leaps and bounds.  I also noticed a noticeable improvement in Aaron’s behaviour and need for more attention and reassurance was not as intense.
For the first 5 years of Lisa’s life Lisa was constantly using the services of Waikato Hospital. Each of those days were days of uncertainty for me, trying to set up a home life without a husband, supporting Aaron, watching Lisa go downhill fast and be bought back to life, then the lifestyle change of living with Lisa’s tracheostomy.

However Lisa’s future became not so uncertain and my personal life grew with a new partner and future ahead.  My time was not taken up rushing to and from the hospital but in making a home and normal life for my children and myself.   By the time Lisa reached 5 she had spent a total of 17 months in hospital and had 30 general anaesthetics! However throughout all of this she remained a very happy little girl and achieved most of her milestones – albeit later. Again a huge celebration was held to celebrate this momentous occasion of reaching 5 and starting school
School bought with it many new challenges as it was realised Lisa learnt at a slower rate than other children and she struggled to retain information – so teacher Aides became a familiar part of Lisa’s day.

In 2000 Lisa had another shunt put into her brain as she had raised pressure in the ventricles – again all went well, Lisa was patched up dusted herself off and carried on. From those years since we have had a couple of shunt reviews and the odd visit to the ENT department to check her airways.  From the Unit and up until Lisa turned 19 we had the most AMAZING support from her Paediatrician Dr Fraser Maxwell, he became my confidant, my go to person if I was unsure, my sounding board and a very dear friend to our family.  Fraser always listened and was huge support when needed.  There were other health professionals involved in Lisa’s success too – Andrew Law – Neurosurgeon, Francoise Jean Lois – ENT surgeon, Phil Weston – Neonatologist and many many nurses, all who I quietly thank daily when I look at my daughter. 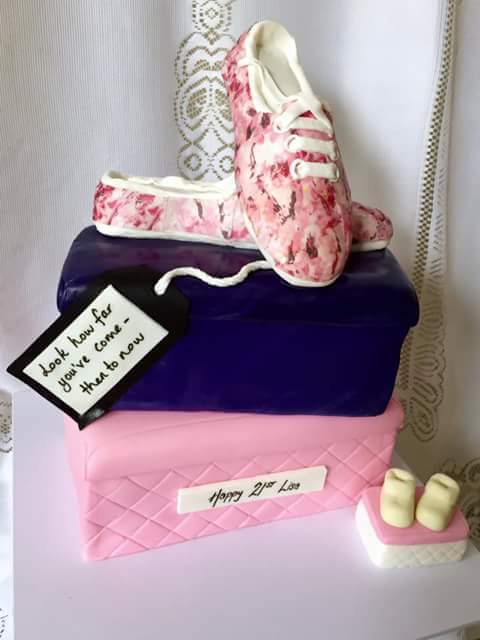 Now fast forward to 2016 and I am totally thrilled to say we have just celebrated my beautiful daughters 21st Birthday = Again another huge celebration!
Without a doubt, a hugely supportive and loving network of friends and family have been crucial to the way Aaron Lisa and I coped.  There have been friends who have looked after Aaron, shared my tears, laughter and a glass of wine or 2 and listened to what felt like a never ending saga. Although to me she is a miracle and special daughter she is no angel! She is very strong willed determined and challenging at times.  It is hard to know whether this is a result of her health history or just her personality.  But in saying that I admire the fact that she doesn’t give up and I am so proud of what she has achieved thus far.  Lisa has a part time job as a kitchen assistant at a Nursing home and she continues to surprise us with her courage and strength. 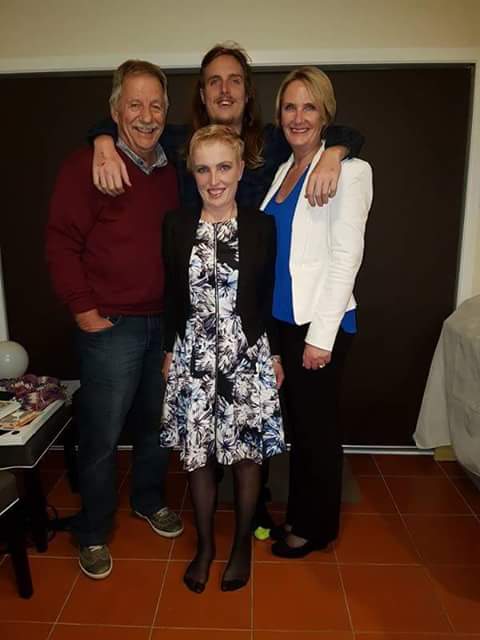 It is now that I can look back on the days in NICU and say without a doubt that without their dedication and meticulous care Lisa wouldn’t be who she is today, my happy 21 year old.

*** Thanks for sharing your story Jo and Lisa ***
If you would like to discuss sharing the story of your neonatal journey, we’d love to hear from you. Please email info@littlemiraclestrust.org.nz