We’re extremely grateful to all those who provide their ideas, time, support and donations to The Little Miracles Trust.

A consistent theme encountered space is the special people involved in the care of neonatal babies, the wider support of the families and the supporters and volunteers who make it happen.

We caught up with the wonderful Steffi and Brendan Bourke – parents of twins who spent time in the NICU and who are busy training for an upcoming half marathon (which they are using to raise funds for The Little Miracles Trust on Givealittle).

1. How are you fundraising for The Little Miracles Trust?

After the amazing care we had in our 4.5 weeks in NICU, we wanted to give something back to The Little Miracles Trust and NICU team as thanks. It just so happens that we are currently training for the Half Marathon at the Air New Zealand Queenstown International Marathon event and thought it would be a great to add some more motivation into our training runs by fundraising for The Little Miracles Trust. So here we are, counting down the weeks, battling colds, sleepless nights and teething whilst we try and haul our butts onto the treadmill or out onto the streets to train and having donations building for The Little Miracles Trust works as a great incentive. Especially as if we reach $10,000, we’ve promised friends and family we’ll run it in costume… eeek!!

2. How did you come to fundraise for The Little Miracles Trust?

Our twins were born at 33 weeks, 5 days and needed a bit of assistance to get going in life. George got down to 1.4kgs at his smallest and didn’t even have bum cheeks. With the constant monitoring, emotional and physical support our babies and us received from The Little Miracles Trust and NICU team, they have thrived and grown so much, you can’t tell they were prem at all. Appreciating the support we received, Steffi wanted to give something back so is now the Multiples Auckland Central NICU Coordinator supporting new parents of multiples who find themselves in NICU. Whilst that is dedicating time to helping out, we appreciate that The Little Miracles Trust also needs funds, so adding fundraising to our half marathon challenge was the least we could do.

Note: Brendan meet with Neil from The Little Miracles Trust at the Ben Sigmund ‘Fully Committed‘ book event at SKY City. Conversations on the night turned into emails after. Before you knew it details of the fundraiser were being sent through!
Listening to the details of Steffi and Brendans NICU experience (more details here), we’ve earmarked some of the funds raised to go toward donating a La Z Boy chair to the Auckland NICU. These chairs are so important for ultimate comfort during the long stays next to the incubator, and also for use with Kangaroo Cuddles. . .   “Steffi and I remember like it was yesterday how every day before work I would go into NICU and lie in the La Z Boy chair and have Kangaroo Cuddles with George and Isabella. It was such a special way to start the day, and every single other worry in the world vanished immediately as you would just lie back and relax, spending precious time with your new born”.
Details on the wonderful practise of ‘Kangaroo Cuddles’ can be read here: https://goo.gl/kNFfZM

3. What advice would you give someone, or a family, who is currently going through a neonatal journey?

Ask questions and seek advice… there is so much expertise within The Little Miracles Trust and NICU so be sure to make use of this amazing knowledge. We found that there was a real silver lining to going through NICU in that you have so much support in there that when we took our babies home, we were on a good routine, we were confident with breast feeding, bathing etc. There’s obviously hard aspects of being in NICU and it’s not the normal start to their life that you’d hoped for, but there are real benefits too and we think we’re really lucky to have such a great Neonatal unit. There are other avenues too, especially if you have twin babies like we do, such as the Multiples Auckland Central Club, which is run by volunteer twin mums and helps out in all sorts of ways, from baking to prem clothing and just general support.

4. How many other people do you know who have had a neonatal experience?

Since our antenatal class have around 16 twin parents in it, we now know a few, and we also met a few other parents while in NICU that we keep in touch with.

5. What is your favourite part of fundraising for The Little Miracles Trust?

Well since all we are doing is running, running and more running, this is a pretty simple answer, but proactively getting some messaging out there while we do this is going to be fun and rewarding too.

6. What do you do when you aren’t fundraising for The Little Miracles Trust?

Brendan works in sport and has done all his life, but lives for the weekend when he can spend time with the twins and go mountain biking. This time is so precious and we want to make the most of it, so most weekends we have something on, be it around Auckland or traveling somewhere throughout NZ. There are always jobs to be done around the house, mainly in the garden, which is a hobby of Steffi’s… we like to grow as much of our own veges as possible, but this winter the vege garden has been side lined whilst we focused on the twins, as busy as they are. 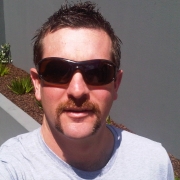 7. What other volunteering / fundraising have you done (in general, not just NNT), if any?

Brendan had a crack at Movember back in 2010, so that was a bit of fun. Steffi is currently the NICU Coordinator for MAC, so she spends a bit of time talking to new parents and is currently working with NICU staff to see how the two organisations can work together better.

8. What might someone be surprised to know about you?

We met during the Rugby World Cup in 2011, Steffi was a Project Manager at Eden Park and Brendan a Commercial Operations Manager at IMG. We thought we’d managed to keep our relationship on the down low from our colleagues until after the World Cup was finished, but as it turns out everyone knew anyway!! We were engaged just 9 months later! 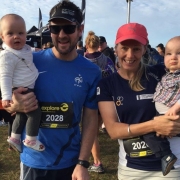 For links to Volunteer profiles, FAQs and details of how you can help, head here.

Interested in how we support families going through the stress and anxiety of a neonatal journey?
Head to our gallery of support examples.