I was 29 weeks + 6 days pregnant with twins when my water started leaking as I was getting ready for work. My husband called my midwife, who told us to get to Wellington hospital. When I got there, a test showed that I was leaking, but the scans of the babies showed they both still had a lot of fluid, and were a good size (around 4 pounds). Given this, the plan was for me to stay at the hospital and be monitored until the babies came.

At about 9 o’clock that night I started to feel the beginning of labour. Unfortunately I had no idea what it was – my first child had been induced, so I’d never had a “normal” birth. By 11 I realised something was happening and headed for the birthing suite. My husband was called, and he and my first son Felix (aged 1) came to support me.
My babies were both the wrong way round, so after a lot of screaming and the realisation that the birth couldn’t be stopped or slowed, I had a caesarean. I wasn’t very stressed about the birth, even though they were only 30 weeks old, because the doctors had all been very confident that the twins’ size meant they would be okay. Henry came out first, followed by Klaus, who screamed a lot and did not consent willingly to getting his tubes put in.
I got to see my babies for the first time after I had recovered from the epidural. They were very tiny (a little less than 4 pounds at birth) and covered in tubes, but they’d had decent APGAR scores and seemed to be doing well. Both of them had airflow but were breathing okay – I’d gotten steroid injections in just before the birth. I met some mothers who I’d be sharing a NICU room with for a while and learned that when people asked how old your baby was, they didn’t mean the date-of-birth, but how many weeks the baby had been when they were born.
I have to say that I was happy they were out of me. I’d had a very bad pregnancy, and for the past few months I’d vomited blood several times a day. I don’t know if I could have taken it any longer. Maybe the babies sensed that and knew their time was up!
I got to hold one baby – Klaus, I think it was – the next day. Unfortunately I got a horrible bug which meant I couldn’t visit again for five days. I was in the hospital for a further 7 days and then had to go home (luckily I lived very close to the hospital). 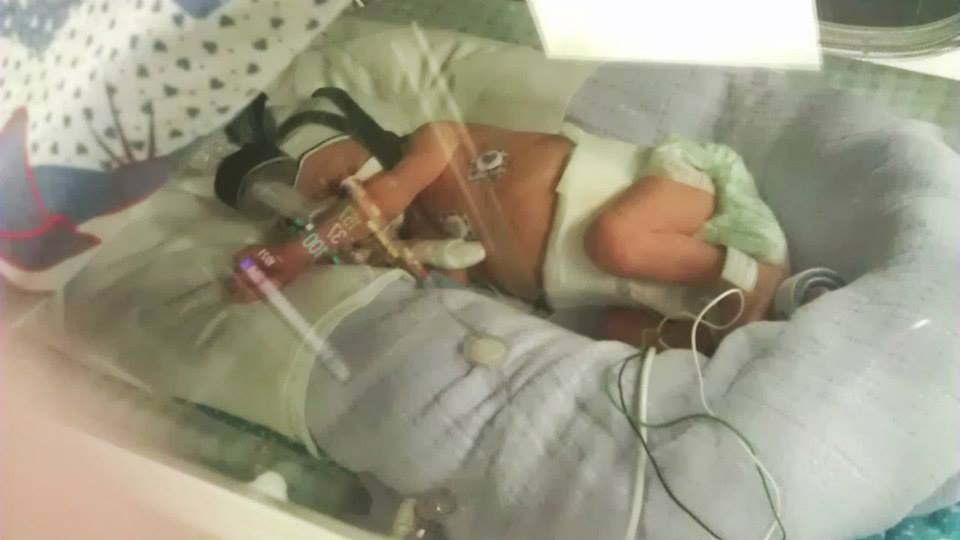 My husband and I quickly got into a routine with visiting the twins. We did cares either once or twice a day – my husband doing one baby, me doing the other. My mother had flown in from Australia to help us, so she looked after Felix while we did the cares for the babies. The folk from the Neonatal trust were also amazing and very supportive, and it was cool to have the afternoon teas with other mothers going through the same thing.
We had many dramas through the weeks the babies were in NICU, not all of them about the babies. I found out afterwards we had had a “fairly uneventful” stay in NICU, according to the doctors. However at the time it didn’t feel so much like that. The babies got off their airflow after a few days, and after an early drop in weight, started to slowly gain. I lost it every time the monitors started to beep and never got used to it.
We had a false positive result for one test (a heel prick) for a genetic condition for Klaus, which kept me up all night. Klaus also had an odd blood clot in one of his eyes when they did an eye test. Generally Klaus was always behind his brother in development – he was on and off airflow and generally was a ‘sicker’ twin. Henry on the other hand was fine most of the time, but then would have big dramatic problems. At one point he didn’t have any bowel movements for several days, and had a lot of x-rays to check what was wrong. What was wrong, as a nurse found out, was that he had to do a giant poo (which he did all over his incubator). 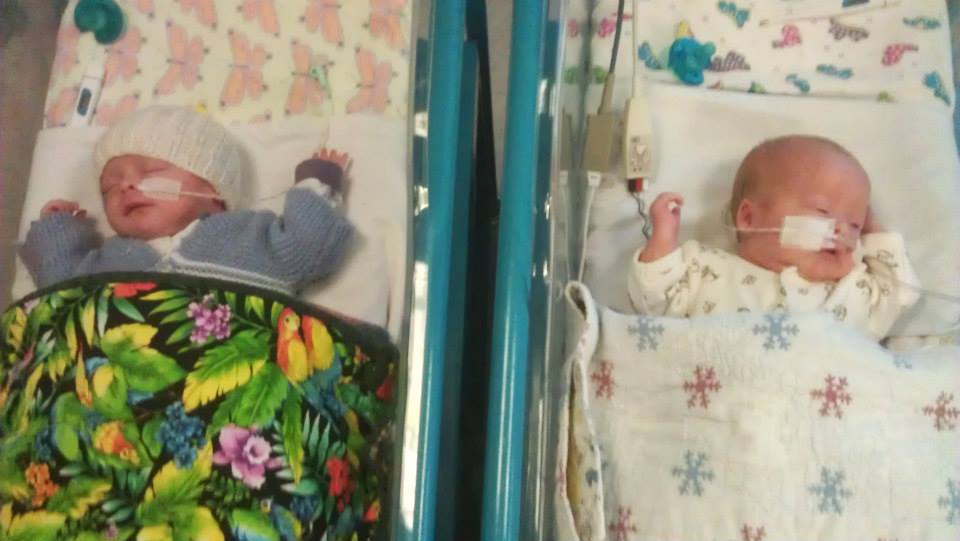 We slowly progressed through the different rooms in Wellington NICU as the babies got stronger. I’d felt a lot of “room envy” of other mums in the rooms for stronger babies, so every time we moved rooms we had a celebration. It was exciting to have them finally out of their incubators and into plastic cots.
We had made it to the last room when Klaus did a nasty cough in front of one of the nurses. Uh-oh! It was the only cough he ever did, but as a result he and his brother were shuttled off to one of the back rooms so they didn’t infect any other babies. We also had to wear masks when we came in to look after them.
To prepare the babies for going home, we stayed in the NICU for a few nights. All went well, although Henry’s heart kept slowing down and driving me crazy, thanks to the beeping monitors. Eventually we were discharged 10 weeks after they were born – around about the time they should have been born.
About two weeks later – the day after we were officially discharged from the hospital – we had to call an ambulance as Henry had stopped breathing. He’d caught some sort of bronchiolitis. He was ventilated and spent a week in the children’s ward before he was discharged. Going back really was the worst part. We’d felt that everything would be okay with the babies once we were outside NICU. Henry had a few other breathing problems after that – we were back in the emergency room twice when he had breathing trouble. 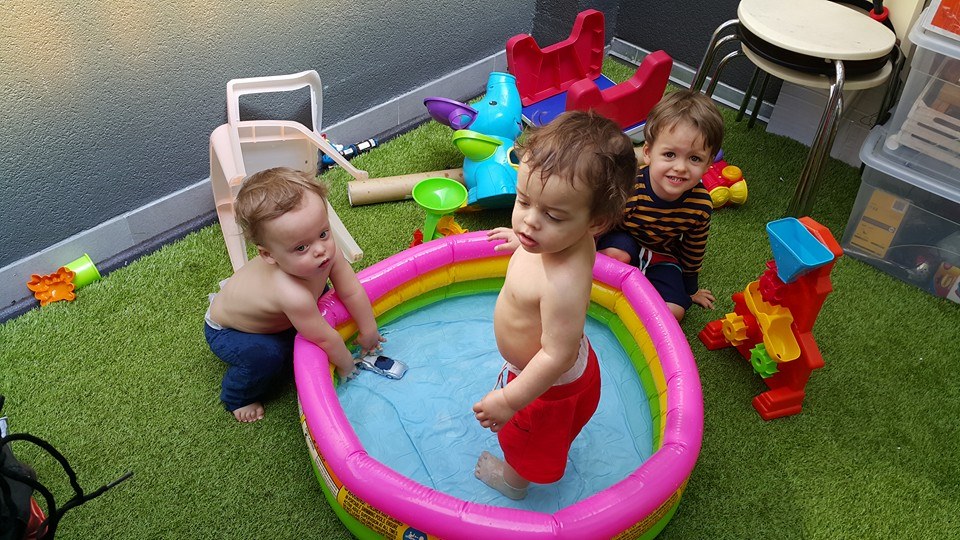 Now the twins are big healthy one year olds. They are at around the 90th percentile for their corrected age, and the 80th or so for their actual age. I think people would be surprised to find out they were ever premature.

Did you like what you read above and want to keep up-to-date with all things neonatal?
If you’re not already on the list to receive our monthly email newsletter, you can quickly and easily add your details here.