As told by Mum, Claire…

After an easy and problem-free pregnancy with our daughter in 2018, we were totally shocked when a routine scan at 29 weeks showed our son’s growth had plummeted and there was likely a serious problem. I was told to head straight to Auckland Hospital, where I was admitted for investigation. Over the next few days, we learned that our son had severe asymmetrical Intrauterine Growth Restriction (IUGR), in my case most likely due to a placenta that wasn’t doing it’s job very well! The flow from the placenta to bubs wasn’t strong enough and this meant he wasn’t able to properly grow. I had no other health concerns and it seemed that our situation was down to just really bad luck. We were told to expect to deliver our son within the next few days, and that delivery would be a c-section as he was too small to cope with a vaginal delivery. I had to stay in hospital until then. For regular monitoring.

It turned out our boy hung on for four more weeks. With daily tests, scans, and monitoring every day (I grew to have a real love-hate relationship with the CTG machine!!) we would decide every day if that day would be his birthday! I had several steroid shots to help his lungs develop, and was also able to join a clinical trial which hopefully will provide some more research for others with this problem in the future. At 33 weeks, a scan showed that the blood flow had gotten worse, and so it was decided that today would be the day our boy arrived and I was scheduled for an emergency c-section. We’d been able to speak with a NICU doctor whilst I had been in hospital so we had some idea of what to expect.

Laurence arrived weighing 1.19kg – a very skinny wee lad with big feet and a big head! He was able to breathe without support which was a huge relief, and after a bit of discussion about which level of care he needed, he was transferred to a level 2 room on the NICU ward. The day was a bit of a blur. The NICU team needed to sort a few things out for Laurie (getting a central line in and a various other tubes), so after being stitched up I waited for a couple of hours before Laurie was settled and I was wheeled down to his room for our first cuddle.

We’d been told to expect our time in NICU to be an absolute rollercoaster – up one day and down the next – and that was right. Everything would look okay one day, and then the next a test result would turn up something odd to be investigated – a potential infection, a heart problem and a missing thyroid were all potential problems we faced but all turned out to be okay. The nurses and doctors were amazing, patient and kind, searching for you to report back a test result and always taking time to make sure you understood what was being done and why.

After a few days, Laurie was getting tired breathing and went on to CPAP and then high-flow. We were initially gutted as he’d been breathing without help, but the NICU team were so supportive in helping us see that it wasn’t a setback, but it would just help him get stronger faster. After about ten days of lots of tests, once Laurie was breathing on his own and regulating his own temperature, the docs proclaimed Laurie seemed to have no other issues, and he was now a “feeder and grower”. All he needed was time to get bigger and to learn the art of breastfeeding.

Shortly after this we moved to the nursery room, where we slowly and steadily watched Laurie gain weight and learn how to breastfeed. It felt great being able to move to the nursery as this meant Laurie was progressing, but it was a surprisingly tough stage as we felt so close to leaving and yet so far, and progress was slow given Laurie was so small due to his growth restriction. Laurie’s time in NICU coincided with COVID lockdowns, so only parents were allowed in. It was tough not having family and friends meet him, but this also meant that we really got to know some of the other families on the ward. These other families, going through a similar experience, were incredible sources of support, good humour, and hugs. As were the kind words and advice of The Little Miracles Trust staff, and all the staff in NICU. They were especially helpful in moments where I struggled with managing my time in NICU with my time at home with my daughter (who wasn’t allowed to visit hospital due to COVID restrictions).

After 36 days, we finally got to bring him home to meet his big sister! Laurie continued to do very well at home, growing well and hitting his developmental milestones right on time or even early. He has just turned one, and is well known for his love of new people (something we’re sure he learned from being cuddled by all the smiling NICU nurses!) and his huge and constant smile. We know we are very fortunate to have the outcome we have, and we will always be grateful to the whole team for their incredible hard work and dedication to all the babies and families going through this challenge. Kia kaha to any family going through this journey. 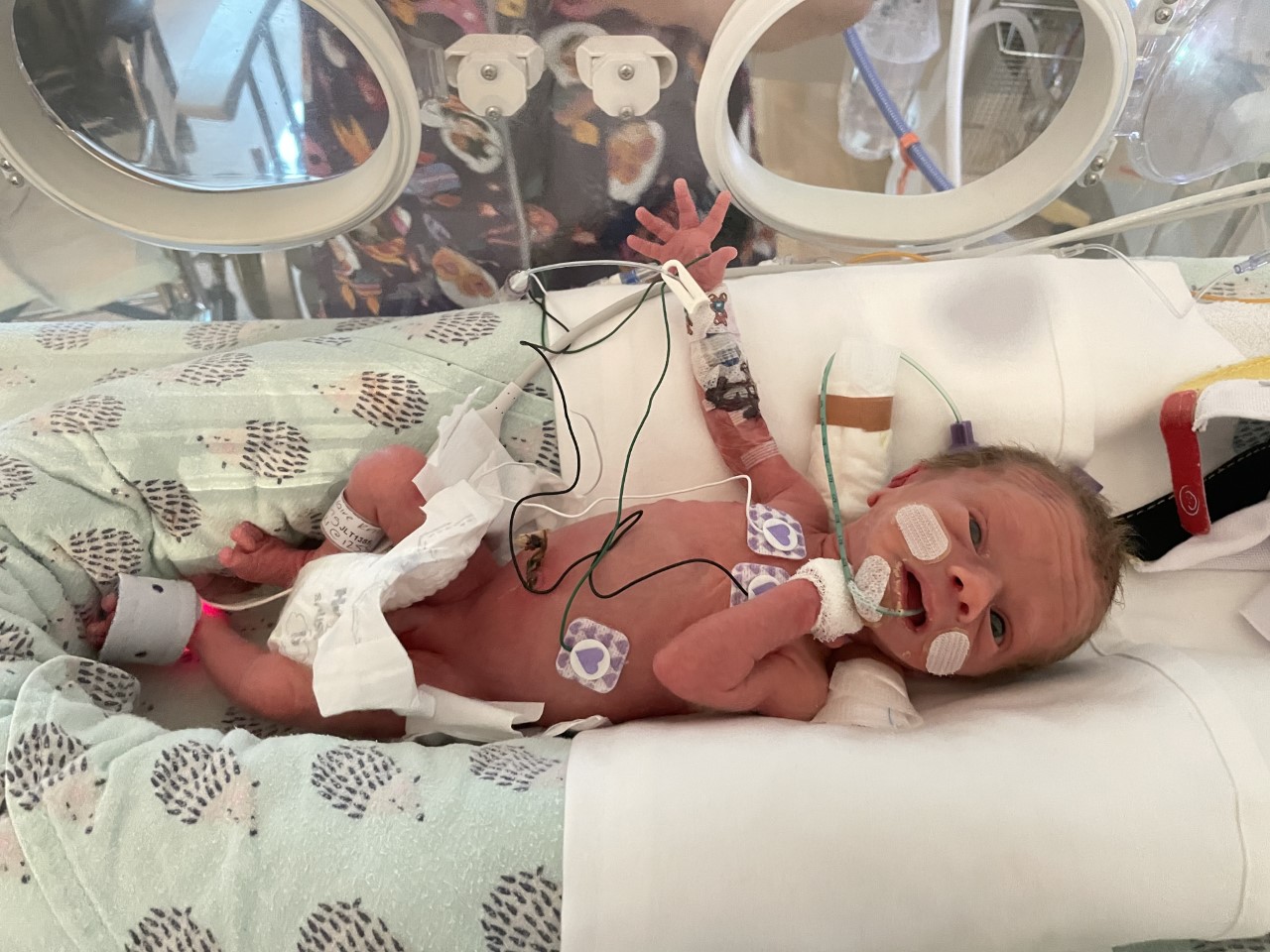 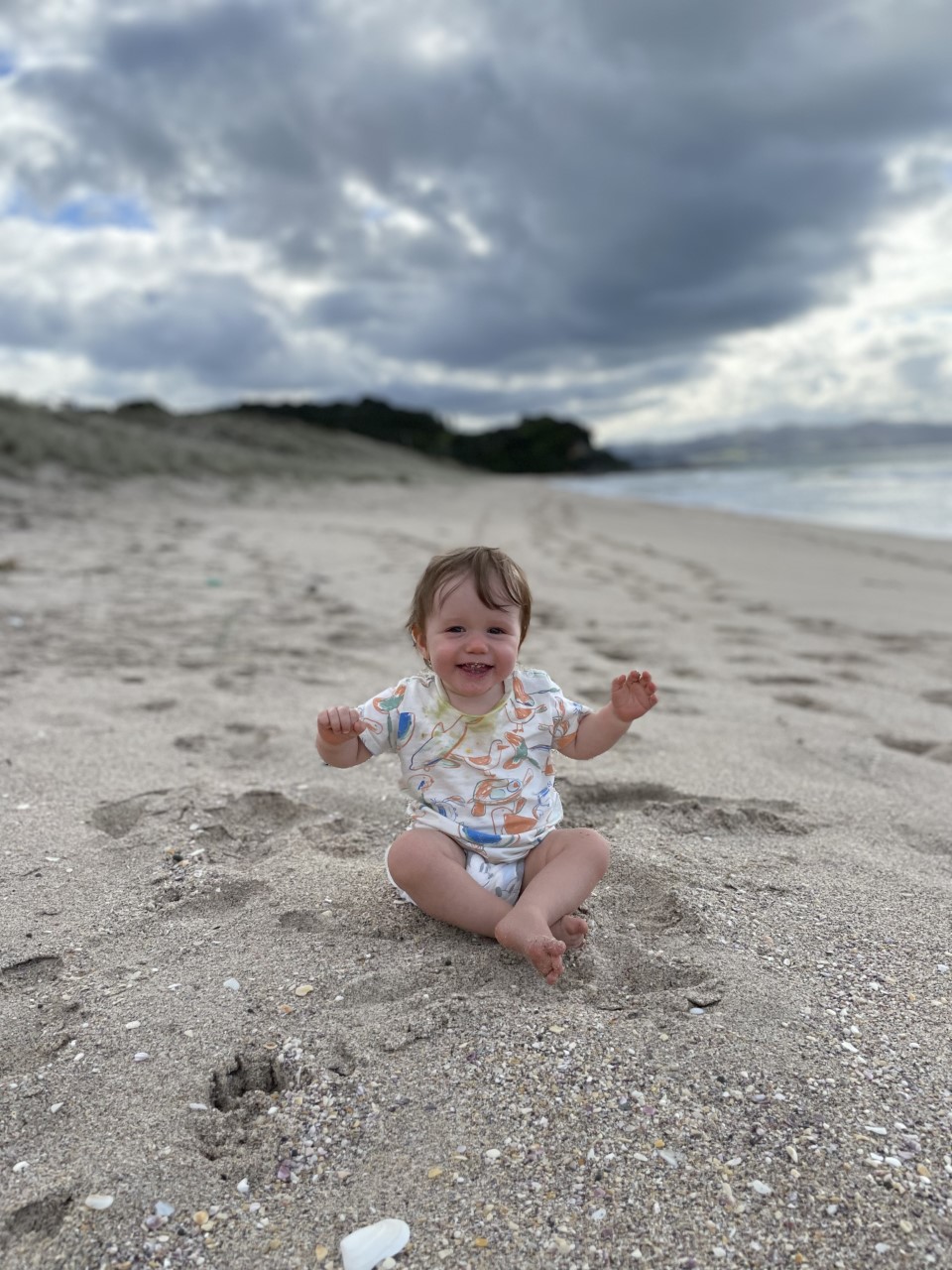