MY MIDWIFE TOLD ME I HAD A UTI, 1 HOUR LATER MY WATERS BROKE !!!

My name is Hannah, I am 27 years old and I’d love you to meet my little warrior, Logan, born at 24 weeks 6 days weighing 736grams and here is our story. 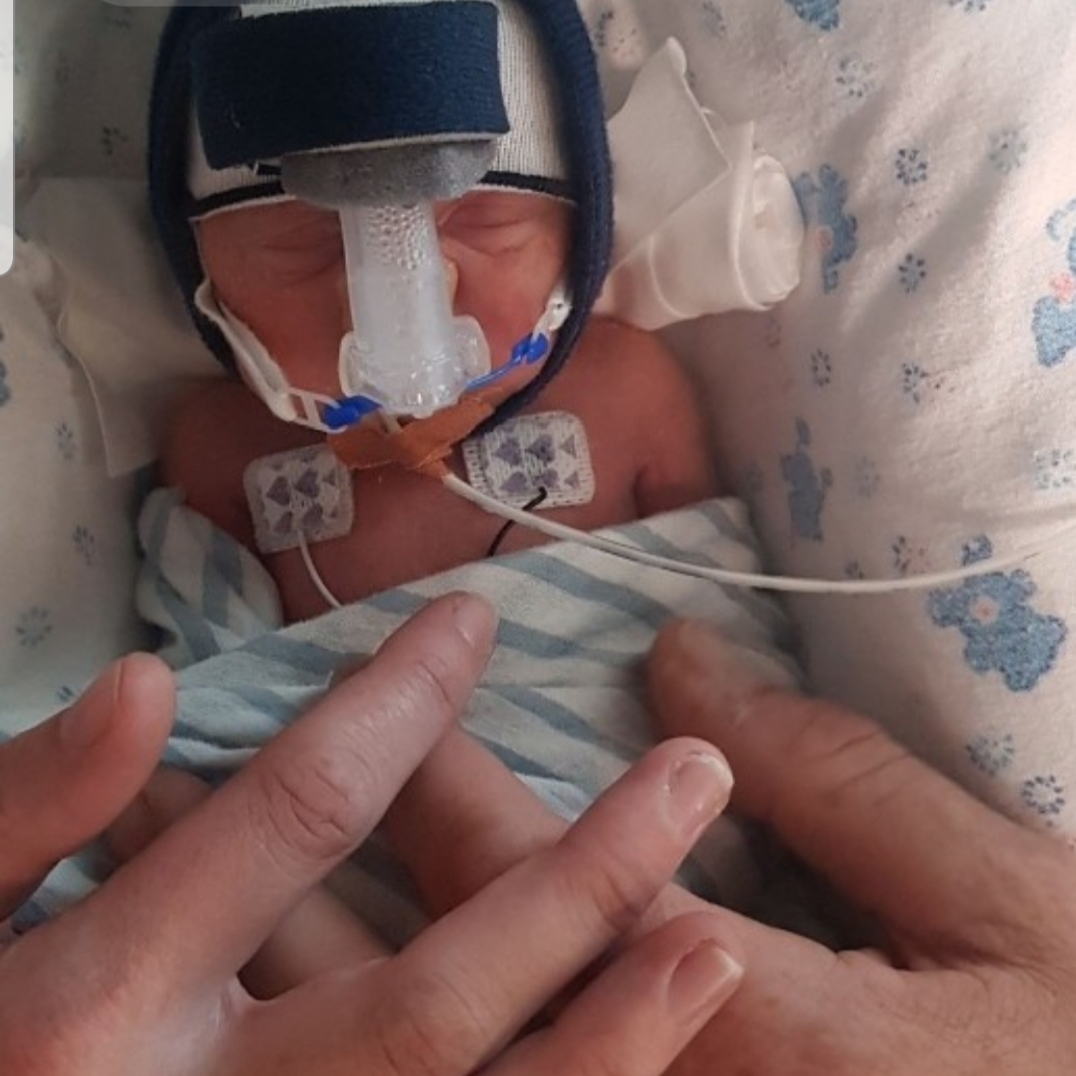 For years I suffered from severe periods that left me in bed struggling to do every day things, instead I spent least once or twice a week visiting the doctors. Eventually I went for surgery and was diagnosed with endometriosis at age 22 as well as a platelet bleeding disorder. I had surgery to remove the endometriosis and was told like any other endometriosis patient that my chances for a baby could drop for years. I didn’t think I would ever become a mother until April 2020 when I found out I was pregnant..

August 29th 2020 2.45pm was the scariest day of my life (Bean) Logan was born at the Te Awamutu birthing unit. I describe my baby boy when he was born as a bird that’s just been born with no feathers cause that’s what he looked like. He had see through skin, toothpick looking ribs and without the most amazing quick thinking supportive midwifes there my baby wouldn’t have survived.

I wouldn’t wish the birth experience I had with my baby on anyone…I gave birth to my little boy and he got taken to a table where I watched him fight to keep himself alive for 45 minutes with the help of Nicky, Maggie and Paris before the NICU team arrived. Then my baby was taken in a incubator in a different ambulance to me and it was hours before I could see him again and days before I could hold him,

For 14 days the only thing I could do was sit and hold his hand and pray that my baby didn’t get taken away. We spent 126 days in NICU Hamilton which was an hour away from our home, family and pets. 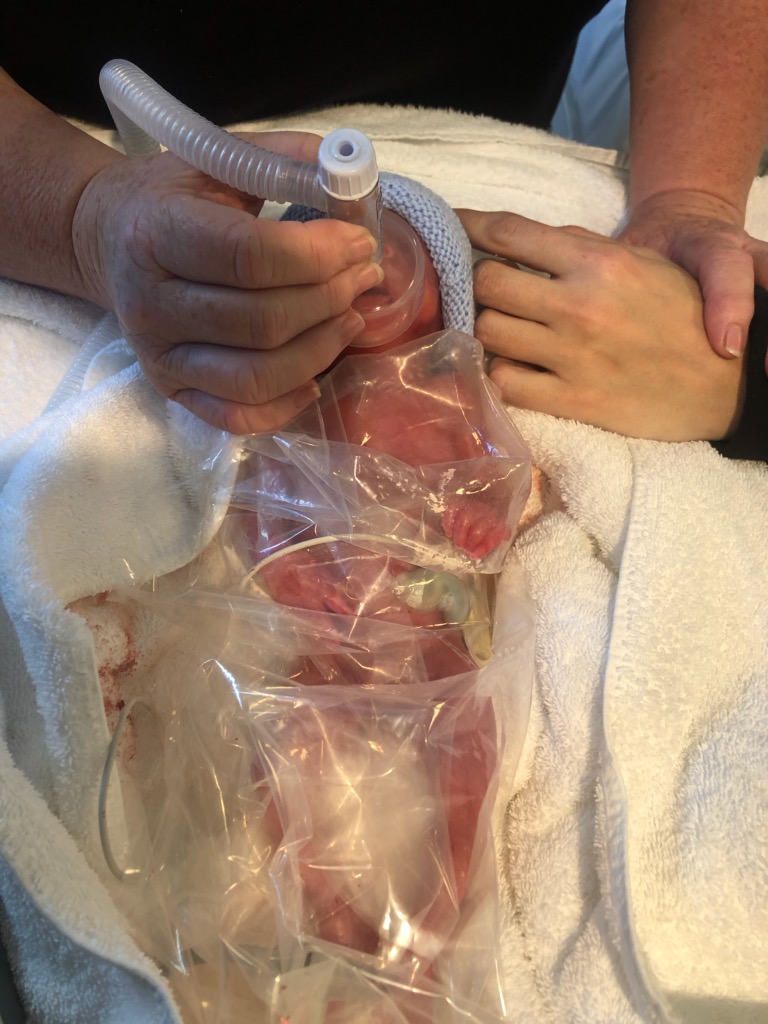 Logan had a lot of problems while in NICU, such as chronic lung disease from being a micro prem, plus I was not given the usual steroids when you go into early labour as my midwife thought I had a urine infection. These would have helped Logan expand his lungs before he entered the world, as he didn’t get this help it made things so much harder for him and at 7 days old he suffered an infection from a surgery he needed to put lines in to keep him alive alive. At 1.30 am we got a phone call to say Logan was having seizures and wasn’t doing good, we spent 2 nights in a room in NICU just down the hallway from Logan so that we could be close to him if anything happened,

The next morning we had a meeting with the doctors and they told us to prepare for the worse as they didn’t think Logan would make it. We prayed and prayed. Logan also had PDA but it closed itself, he had a grade 2 brain bleed that disappeared two months into his NICU stay, a hernia surgery, he was on a ventalator, CPAP, nasal prongs, high flow oxygen and low flow oxygen plus a lot of strong medications such as dopamine and fentanyl.

I didn’t think i would ever be strong enough to fight this battle but we did it and thanks to all the Hamilton NICU doctors and nurses help we took our baby boy home the day after his corrected due date the 14th of December 2020.

This is just half of my story but if you have been a NICU parent you know yourself what its like an no one can ever feel or know what its like unless they have been in the same position. 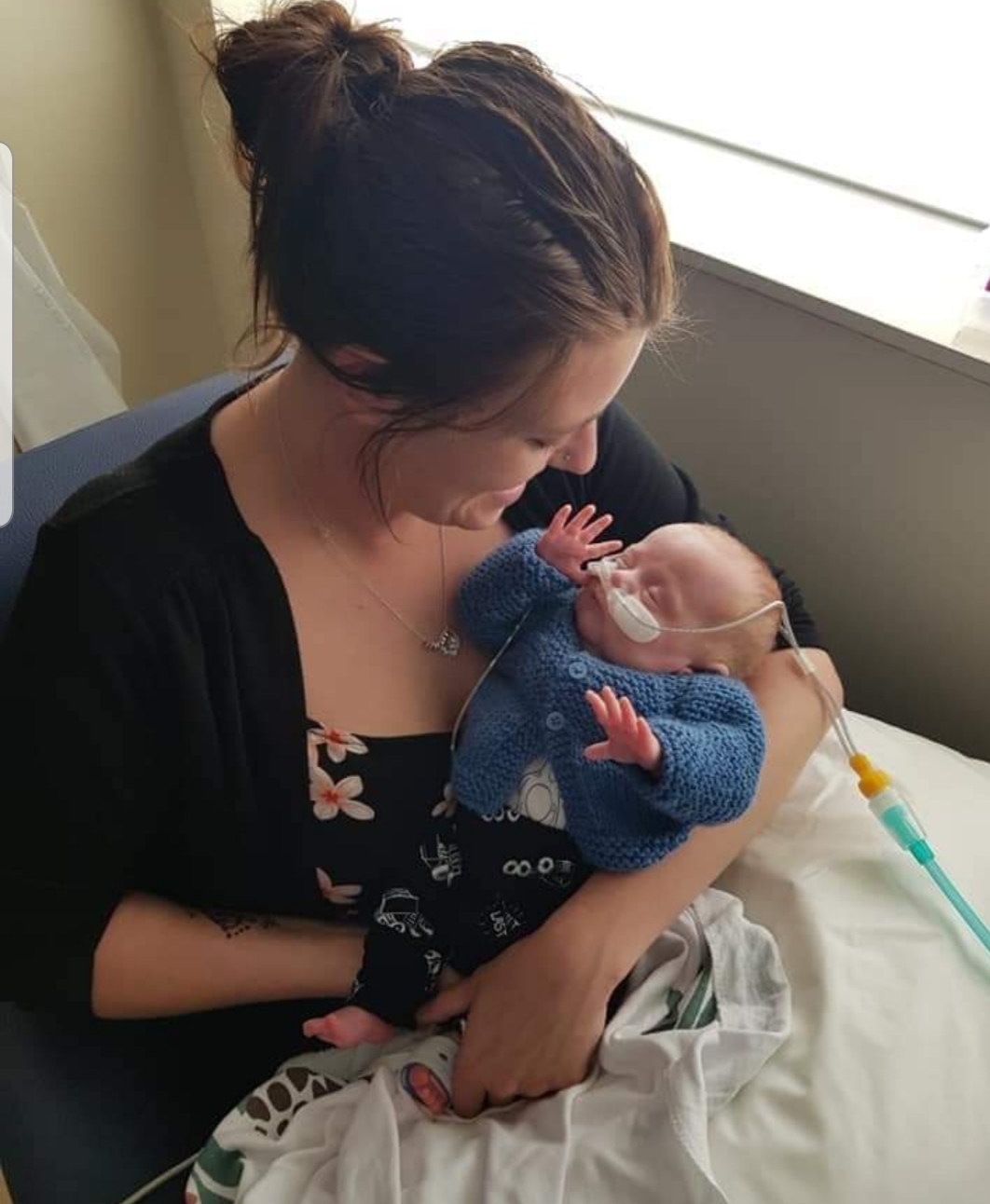 Logan is now a very happy 15 month old boy (corrected 11 months old), he smiles all the time, he’s crawling and into everything! He claps his hands, knows where his head and tummy are and he tries to brush his own hair. He says lots of words such as ‘Mumma’, ‘Dadda’, ‘Chance’ (his brother), ‘Nan-Nan’, ‘Nan’, ‘Gdad’, ‘Ray Ray’ (his auntie), car, hat, ta and duck. Logan is a very onto it little boy who loves to play with his cars and loves the water.

We are so lucky to still have our boy and we are also very lucky to have had such good supportive team at NICU Hamilton and we thank everyone who helped keep Logan alive as well as everyone else who was there for us including family.