As told by mum, Amy

In February we discovered we were pregnant for the fourth time. It shocked our world after 3 miscarriages, 5 years since our last pregnancy and 10 years of waiting. Week by week, our child proved to be a survivor. We should of known, because he was going to need to be. 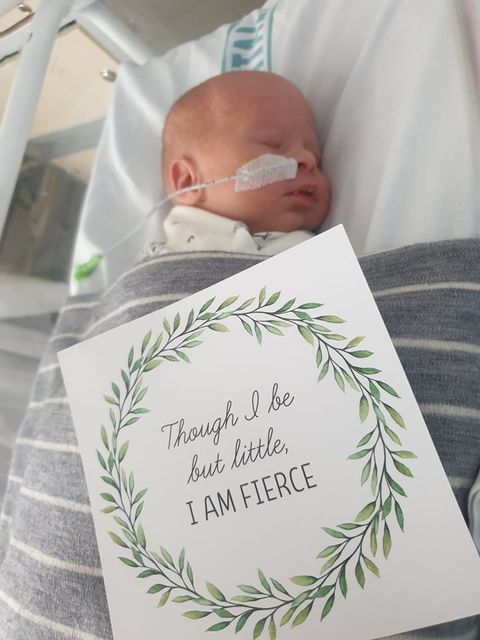 My pregnancy was normal and healthy, with only the note that he was small for his gestation and he had smaller fibeas. But from 28 weeks scans and on, his doppler flow was abnormal. Admitted to hospital at 33 weeks, every 6 hours was a decision to deliver him. Until his growth and doppler scan revealed a concern.

A doctor was immediately called, and we were told he needed to be delivered, but Whangarei wasn’t the best place. A doctor later explained he had Tetralogy of Fallot, Ventricular Septal Defect (a very big hole in his precious heart) and Patent Ductus Arteriosus and IUGR. His heart conditions were severe and we were told we were going to Auckland.

Upon arrival, we were assessed and admitted, with the incredible Ronald McDonald house, housing my husband and Mother. The next morning, we were bumped to first of the list, and our baby was born via c-section. He was a gender surprise, so I will always treasure the moment my husband said he was a boy 💙.  Born at 34 weeks, weighing 1950 grams, Colton Joshua was 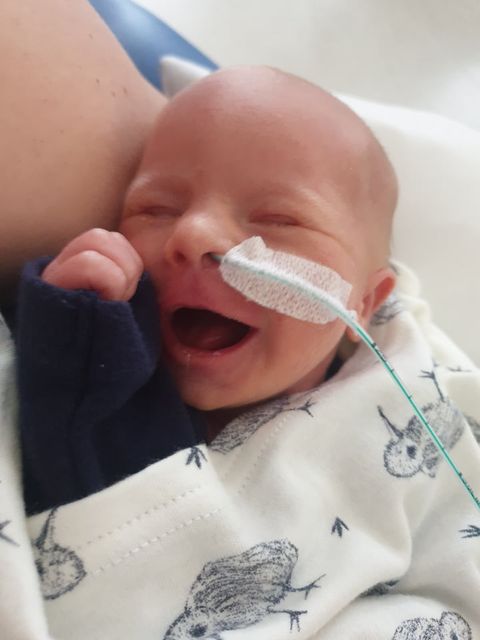 rushed (with Daddy in tow) to NICU.

After only 21 hours, Colton was taken off CPAP. Within 12 hours he was taking EBM through his NG. His IV was removed day 6. His jaundice was gone by day 7. Day 7, he graduated from his incubator. Day 8, he was so stable, we were transferred back to Whangarei Hospital to the SCBU unit. Day 17, he was regulating his own temperature. There he continued to amaze everyone…as his Mummy, I hope that it’s a super power he always has. At 4 weeks old (only 38 weeks gestation), we finally went home. After nearly 6 weeks in hospital, without going home at any point, Mum was ready!

Colton is now settling into a new normal. He still has his feeding tube…despite being a great drinker, his heart condition tires him easily leaving only every second feed (or as he can cope) as a BF. He could go into heart failure at any point in time, we have a heart and sats monitor for nights and Mum watches him like a hawk during the day.  In the meantime, we are enjoying him as our precious babe.

The Lord has answered all our prayers. Colton has been so blessed by the Grace of God and the extremely loving and incredible care of his medical team. His doctors suggest he will be 6 months at the time of his surgery. We take every moment. We finally have the most honorable gift of having a child.

Despite the difficulties, his life is a gift and as cliche as it sounds, all those dark valley times, lead to that beautiful clearing. Sorrow may come at night, but joy comes in the morning. I acknowledge and admire all the Mums and Dads of this journey. Your strength, humbleness and love will get you through. Key word: through. 💙 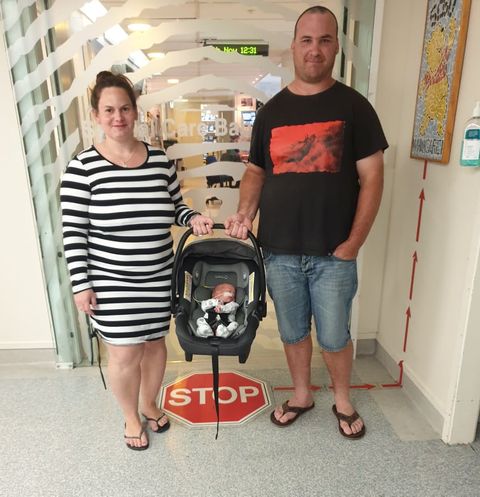 ***Thank you for sharing your journey Amy ***