Hapū with Arlie – our 26 weeker

As told by mum, Christie,

Hapū with my third baby everything was just like the times before. We were busy working, looking after our two year old and four year old, and building our first home. I had a day off work to take my kids to get their vaccines and as I was getting ready I felt a small amount of fluid let go. I phoned my midwife and she said to go to the maternity ward at Whangārei and she would ring them to say I was coming in for a check up. 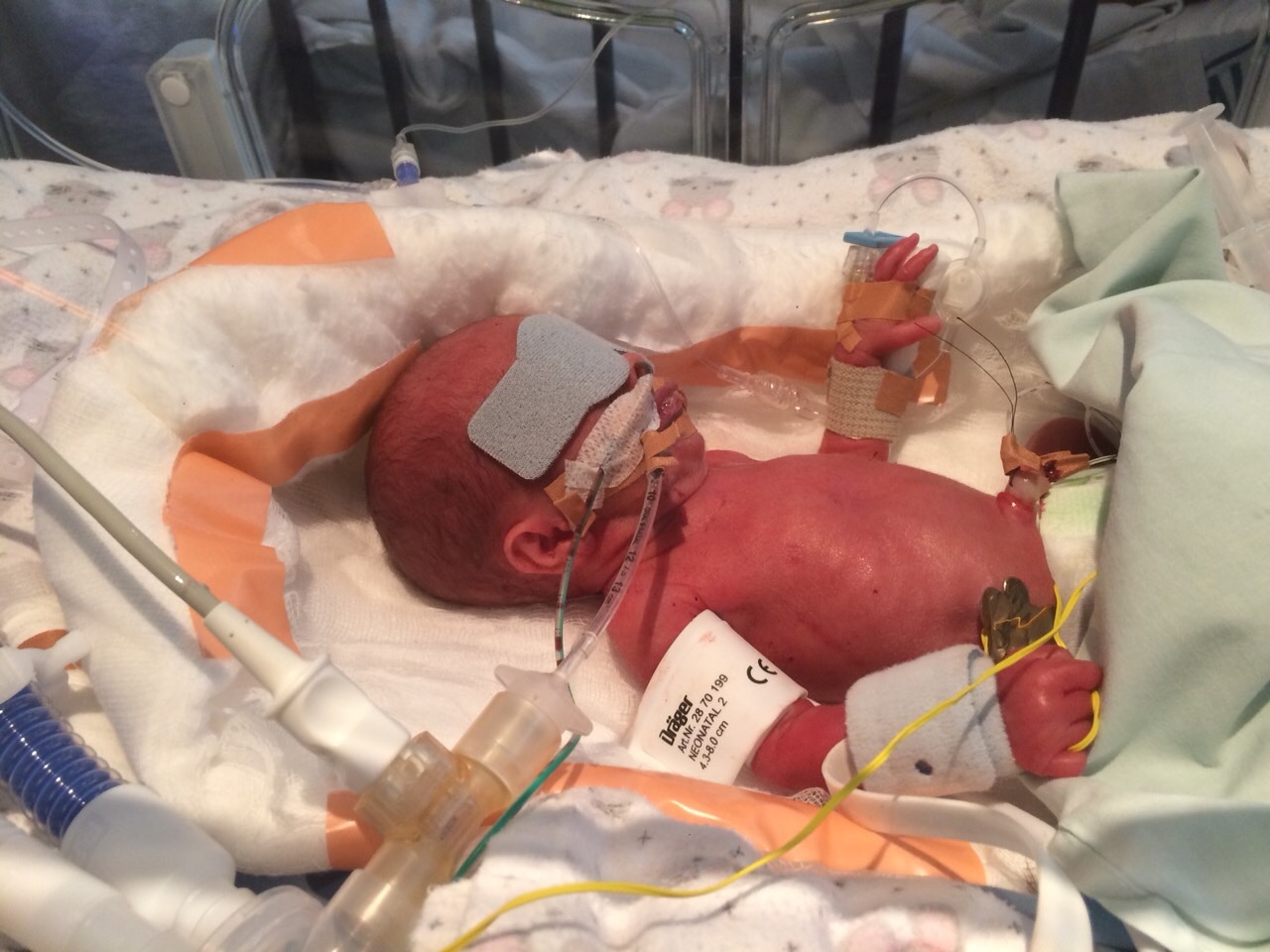 Everything came back okay and the Registrar was happy for me to go home but wanted to check with the consultant first who was just in surgery. The consultant decided she wanted me to stay in overnight for observation. At 4am my waters fully broke with a small amount of blood in it. Baby was okay but they organised my helicopter flight to Auckland hospital in case things changed since I was only at 26 weeks gestation.  They said I could be in hospital for weeks under observation so we decided my partner should stay at work and I’d update him on what was happening.

After being on the ward in Auckland Hospital for a couple of hours I felt another release of fluid. I went to the bathroom and it was blood. They started to monitor the baby and they weren’t doing too well, I had enough time before I was rushed in for an emergency caesarean to ring my Whānau so they could make their way to the hospital, 2 hours away. 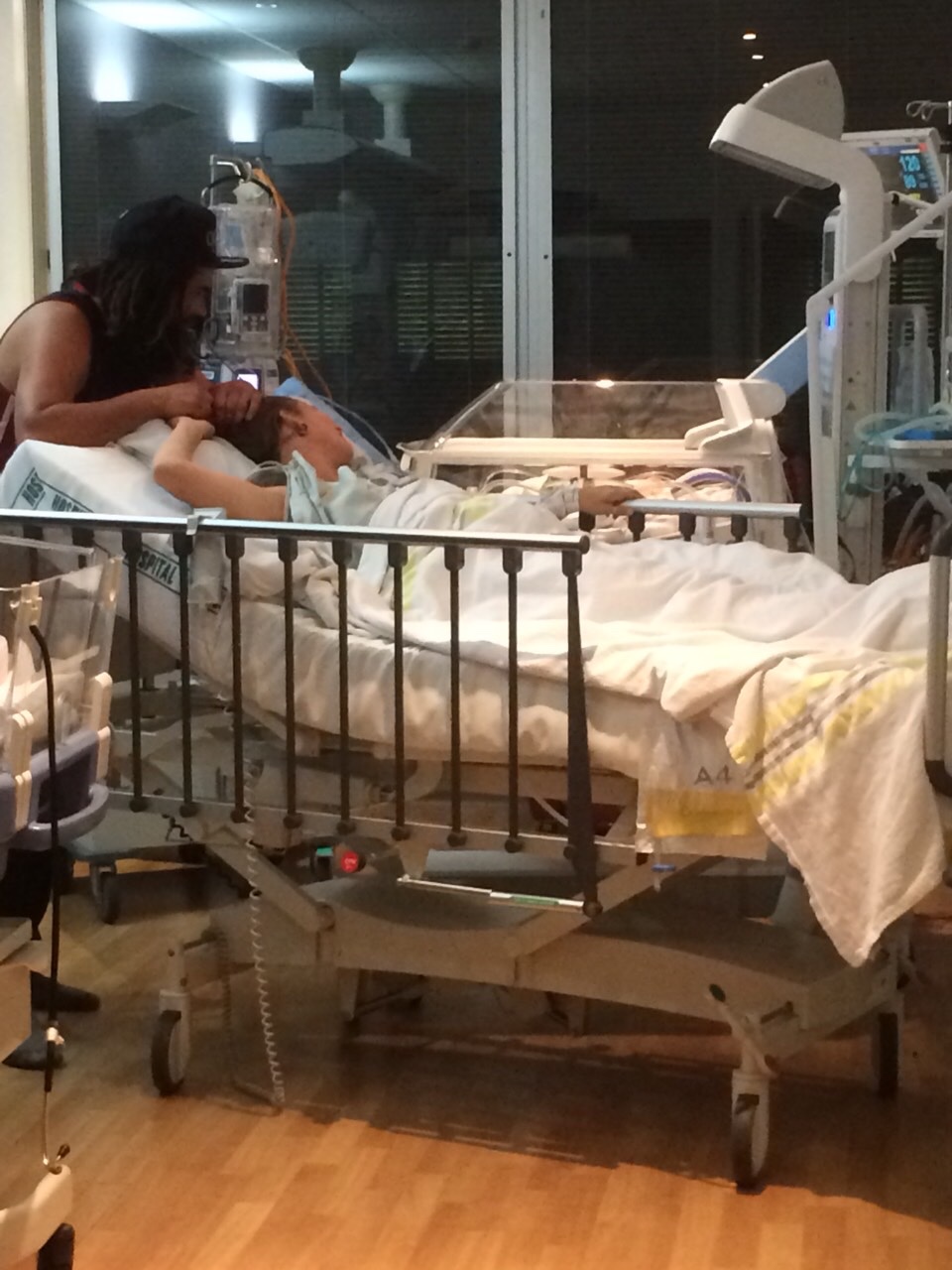 We had Arlie 3 months early on 14 December 2018, weighing just 970grams who then got as light as 830grams. She was a fighter and spent 1 and a half days on the ventilator before swapping to CPAP and we started our life with three under five year old children and a 3 month hospital stay.

I’d had a placental abruption and lost a litre of blood but was discharged in two days as I bounced back quickly which made our new reality an easier road to travel. It was very unexpected and took us all by surprise. Luckily I’d already done the Christmas shopping!

After 33 days in NICU with me living in the wonderful Ronald McDonald House, getting very used to my phone alarm reminding me it’s already time to pump…again, learning about our baby and her health, being surrounded by hope and utter grief from other families on their journeys, while juggling seeing my other two children and my partner, celebrating Christmas, and meeting other beautiful strong parents we were finally transferred up to Whangārei, our home town, for our 56 day stint.

We celebrated different milestones to most people, no more incubator, weight gains, no apnea’s, high flow oxygen. Getting 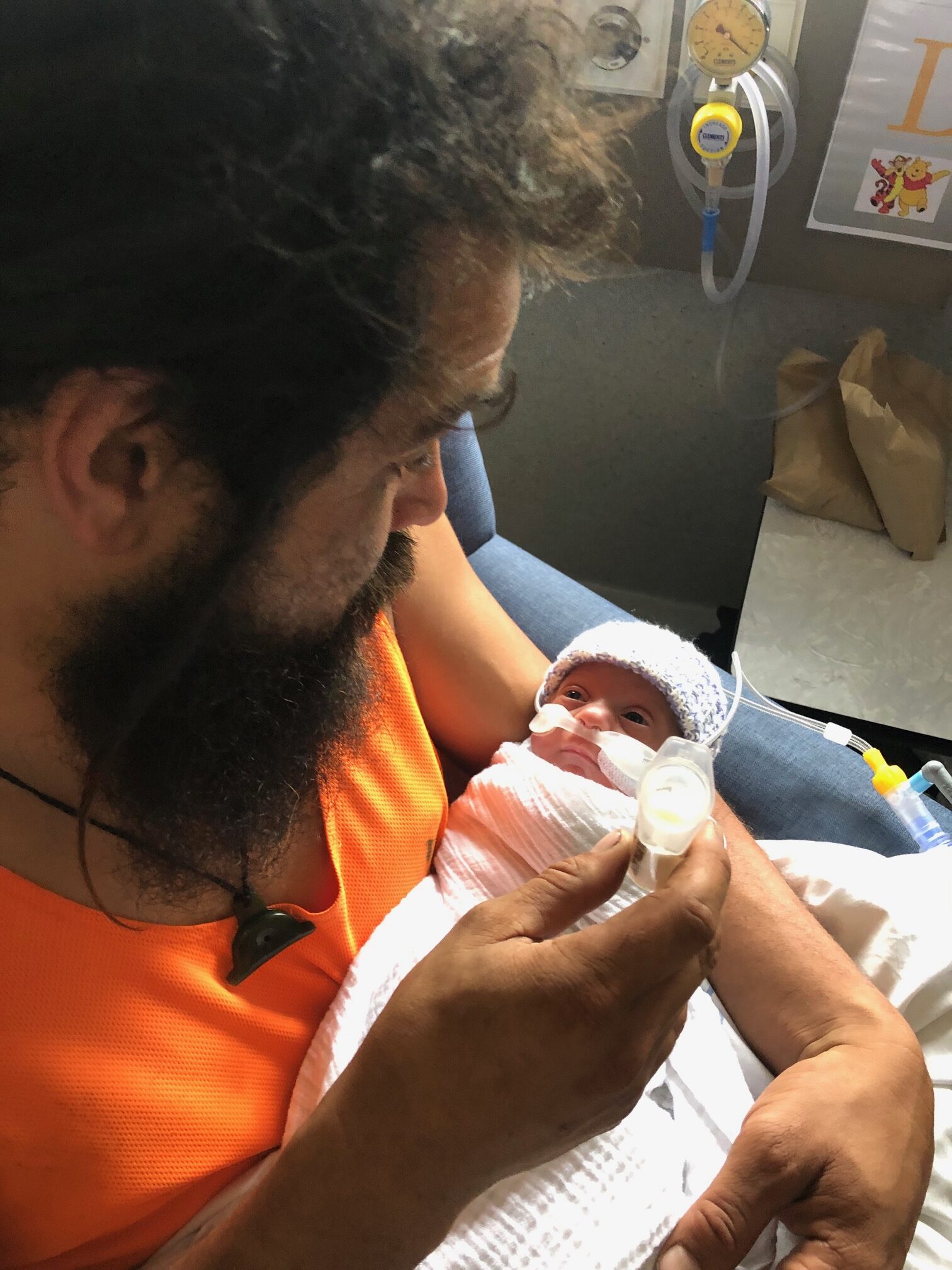 brain scans, ultrasounds of her heart, eye tests, and endless pricks and checks became normal. Visitors would panic when Arlie had an apnea episode. I would look at her numbers and tell them she’s coming back up she’s fine and they couldn’t understand how I didn’t freak out every time. I just never thought it wouldn’t come back up, sometimes she needed a reminder or some oxygen but she always came back. I had always thought I was a bit of a pessimist until I had Arlie, somehow, she always gave me hope.

I think my whole family started to work around my pumping routine. I was blessed with enough milk that I could donate a very large amount to NICU and other mothers in need. My new normal was a world that I could never have even dreamt about before having Arlie.

We had a steady road forward though, for that I am thankful. Our only real complication with Arlie was that she had a large PDA that didn’t close until very near to her due date. We were even flown down to Auckland to have the surgery to close it but she decided to close it herself in the two days between scans!

We went home a few days before her due date, all the way in March 2019. No oxygen but she still had a feeding tube because 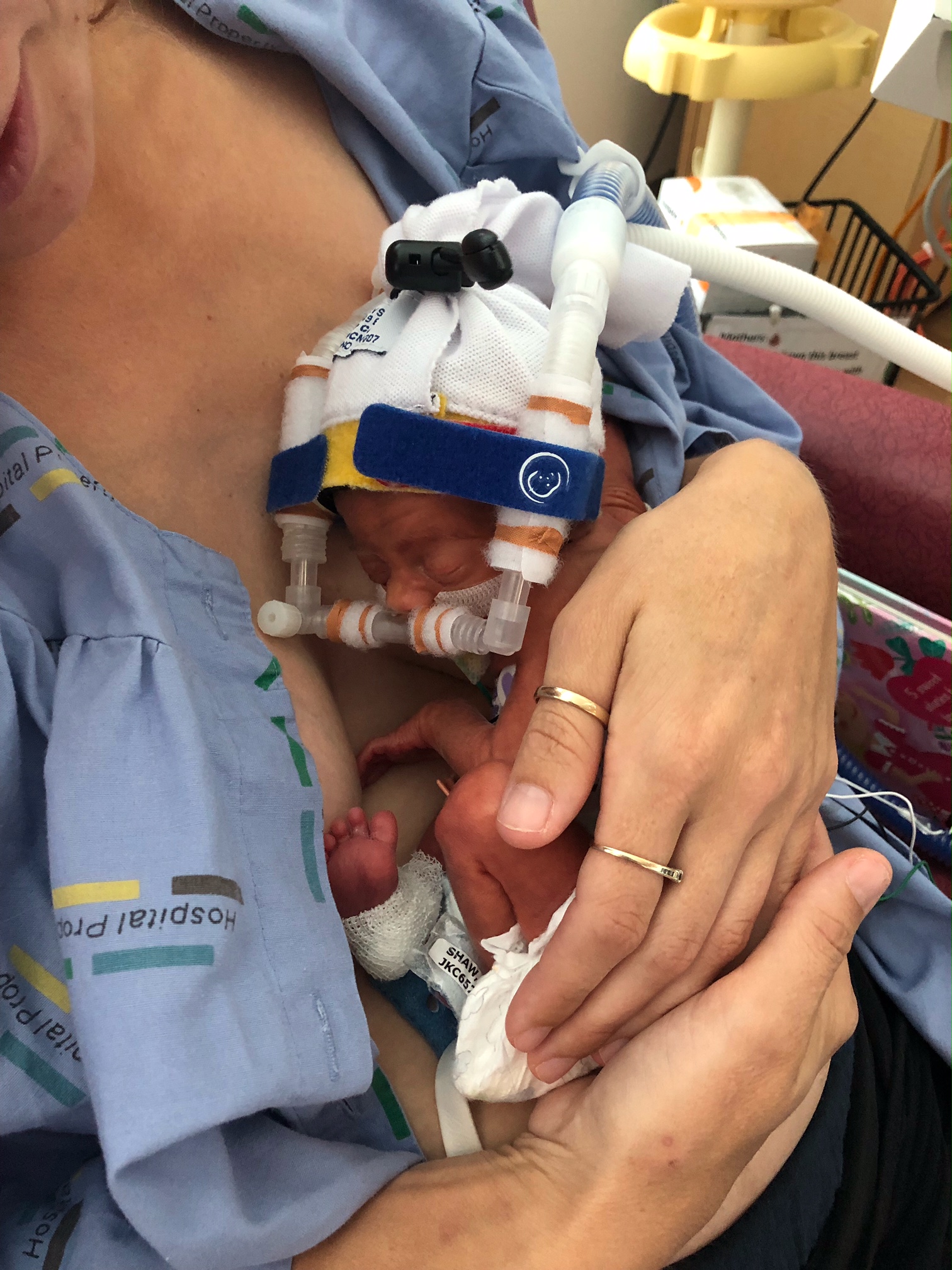 of her PDA. We only used it a couple of times before we excitedly got to remove it, as she was gaining enough weight just being breastfed.

Now just shy of her second birthday Arlie is like any other child.  She’s a cheeky, active, affectionate, beautiful girl who drives her siblings nuts on a daily basis, loves being outside and has a slight shoe fetish.

After everything we look back at know we had the best support from NICU, RMH, SCBU, family, and friends.  I know everyone’s journey is different, some a lot more painful than others but I hope everyone can look back and see some positives…the special bonds made with others, the support and love received from not only family and friends but total strangers, and how really important a simple cuddle can be. 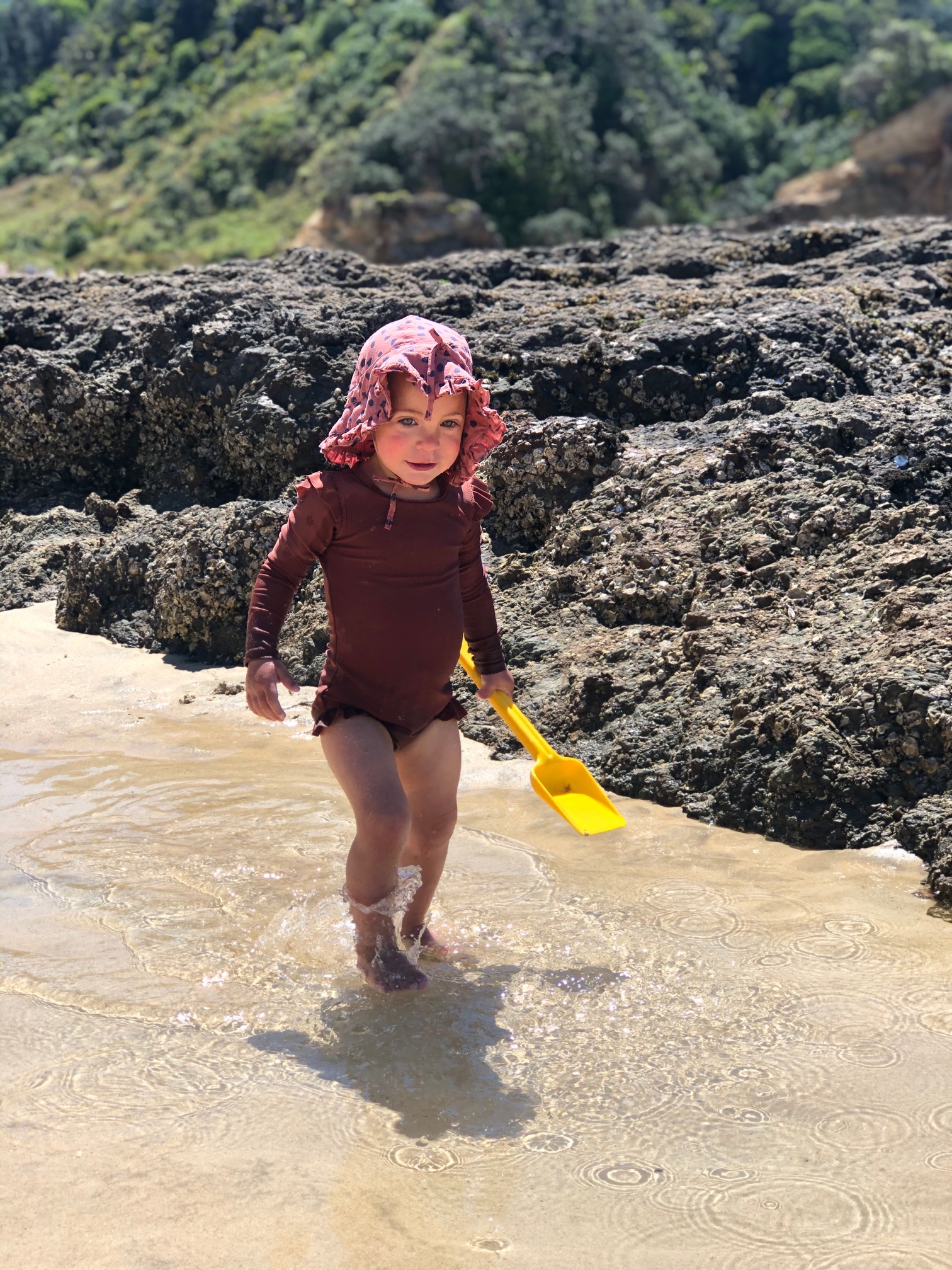 ***Thanks for sharing Christie!***