From then to now

As told by mum, Susan

I suppose the journey to motherhood was as far from what I had planned or imagined as even possible. I never imagined I would be racing down the corridor about to give birth at 27 weeks 5 days via emergency caesarean. I never imagined that I could possibly be going through this when I visited the intensive care unit a few days prior when the labour started and the IV steroids were given. I lay in the hospital bed for five days waiting. Being woken up in the middle of the night hearing the echoes of those giving birth on the labour ward close by…terrified and praying to my baby and myself to stay safe. 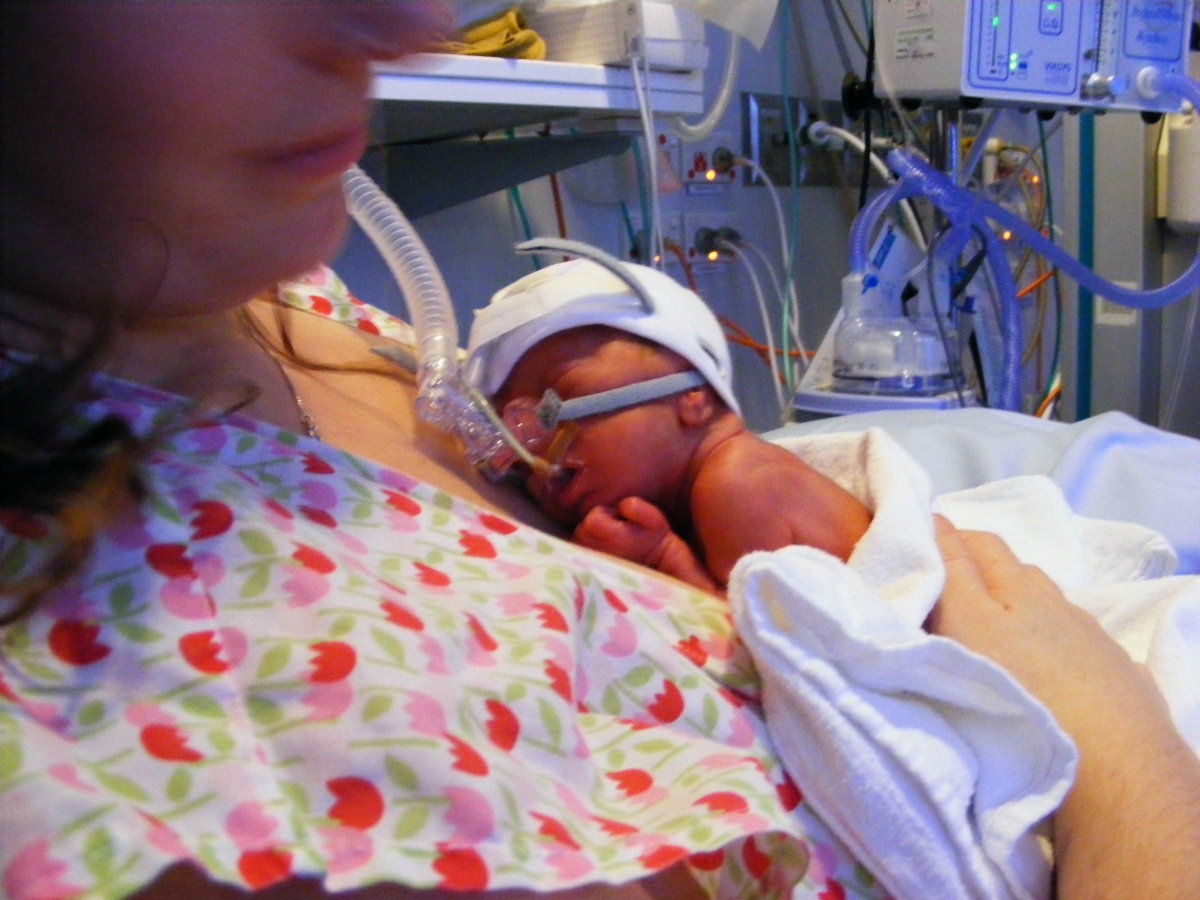 Unfortunately, my bicornuate uterus just wasn’t coping and this baby was coming regardless of the gestation. To say that I was in shock is probably a good place to begin. I remember seeing the posters in the corridors of NICU of other babies/families and feeling slightly less alone. I can’t say it immediately gave me hope either. It kind of felt as though we were each on our own journey and we would hopefully come out on the other side of this relatively ok.

I look back now and wonder why the other mums didn’t speak to each other much while in the NICU visiting. Each was probably as overcome with a mix of emotions as I was. What do you say when you’re so busy praying? I can’t say I ever cried much. My emotions were far beyond that.  I was in auto-drive. Getting to and from the hospital daily with my expressed milk became my sole purpose when I wasn’t holding him. Looking back, this was my way of survival. I felt as though my birth was a failure so on some level this was within my control – to produce milk.

The feeling of leaving hospital without my baby was probably the most harrowing day in the 69 days he was in NICU (and your husband’s van breaking down in the pouring rain!).  I felt like a failure, empty and exhausted.  Eventually that day did arrive and we were finally coming home. The doctor said it was a miracle he was so unscathed with his gestation, his multiple blood transfusions and cases of sepsis – being a nurse certainly didn’t help.

I don’t honestly know when the feelings eased. Certainly not when he came home.  Not for a very long time, did I truly believe he was home and he was ok. This cloud lingered on in a very subtle level for a few years. But on the surface I was relieved and there were some days that I had sore lips from kissing him. I remember the fear I had that he would forget me when I wasn’t at the hospital and that when I got him home, we wouldn’t cope. But this wasn’t true. Sure, we missed out on some things in the first little while but in other ways we didn’t. I had known nothing about kangaroo care, yet it almost became a daily need for myself and my baby and I was lucky to be able to be there for hours during the day to sing and cuddle him. 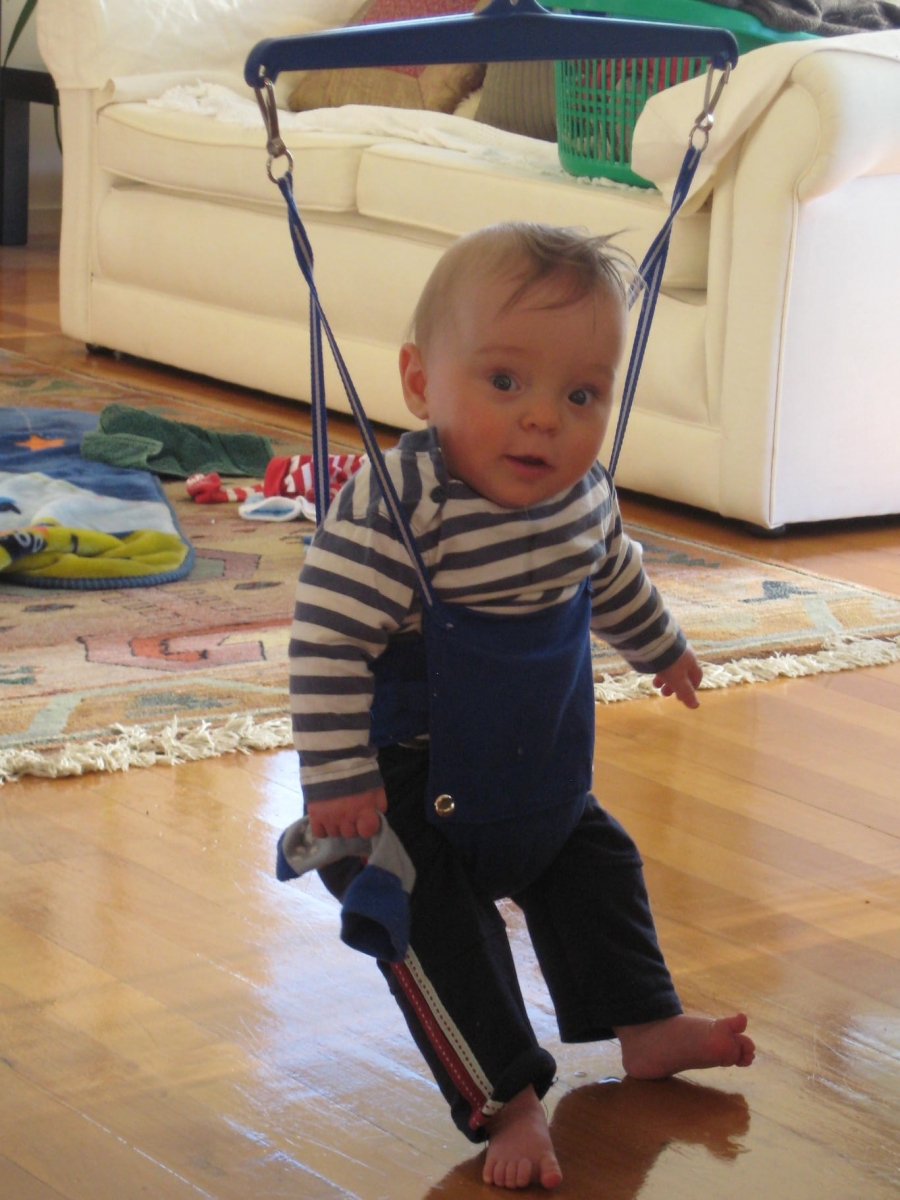 What would I say to anyone going through this now? You are not a failure as a parent.  Sure, the milestones are slightly different but most kids end up at the same place. My son is now 10 and not many people would even guess he was so premature and that he had to overcome so much.  No one would know by looking at him. But equally, no one knows just how precious he really is. No one knows how he was able to teach me about courage and bravery when everything was against him. He is a happy 10 year old normal kid who hassles me to watch TV and likes to sing and dance just like everyone else. 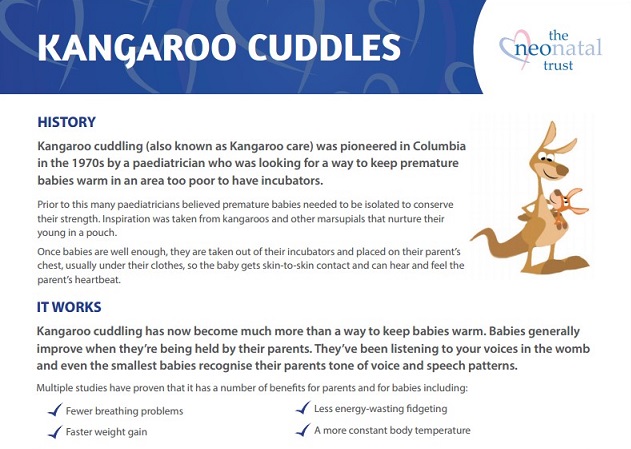 In the story above, Susan wrote about having Kangaroo Care.  This is one of the things parents can do to help bond with their baby whilst in the unit.