As told by mum, Sam

I am writing Ava’s story on this, her 9th birthday. It’s hard to believe it was 9 years ago that our little girl came into the world at 34 weeks and 2 days weighing 2100g.

Our neonatal journey started on Tuesday 20th July 2010. Late that morning I went for another regular scan at Pacific Radiology at Bowen Hospital. I was having weekly scans due to oligohydramnios, as my amniotic fluid was being monitored and appeared to be dropping. Not long after returning home from the scan I received a call from Rachel, my midwife, who said the results showed the fluid has dropped further. I was also under the care of obstetrician, Andrew Murray, so Rachel said she would consult with Andrew and let me know what further action, if any, was required.

Not long afterwards I received a call from Andrew saying I needed to make my way to Wellington Hospital so they could investigate further. I rang my husband Steve in a panic as he was about to get on a plane to Auckland for work! We 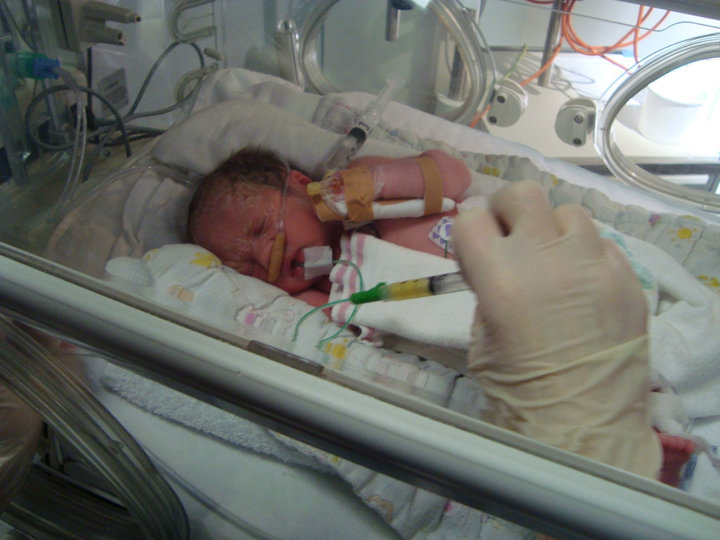 arranged for my Mum to come and look after 2-year-old Oliver and drove to the hospital.

I was admitted and monitored overnight and, in the morning, had another scan to confirm the low fluid which had since dropped even further. Andrew came to talk to us, IUGR (intrauterine growth restriction) was mentioned, in addition to the oligohydramnios, and he told us we basically had two options – I could remain in hospital on bedrest being constantly monitored (not so practical with a toddler to look after!) or they could take the baby out while she was not in distress and she could continue growing on the outside!

After weighing up the pros and cons and visiting the Wellington NICU to see what a 34-weeker looked like (which really gave us perspective) we decided to go with the second option. I was given a steroid injection that evening, to help her lung development and, after a long day of waiting for a theatre slot, our beautiful Ava Amelia was born by caesarean section at 5.22pm on 22/07/10 weighing 2100g. I remember thinking at the time I was so pleased she was over 2kg, as that seemed like some sort of marker to me!

I got a brief look at our wee girl before she was whisked away to the NICU while I was stitched up. Steve went with Ava and I finally got wheeled into the NICU to see her later that evening. Looking back at her notes I see she had a “short period of respiratory distress shortly after delivery”, which I am glad I wasn’t aware of at the time! The next few days were a bit of a blur…. Ava was in an incubator hooked up to CPAP and I was expressing to feed her through her nasal gastric tube. She was a little trooper and was soon off the CPAP and breathing on her own. After 4 days she was doing well enough to be transferred out of the incubator and into a cot in a room closer to the door. As all those who have been in a NICU know, the closer to the door you are, the closer you are to going home

The hardest thing for me was being discharged after 5 days and having to go home without my little girl…although I knew she was in the best place, with a brilliant team of nurses looking after her. We hired a breast pump from The Neonatal Trust shop (my first of many positive experiences dealing with TNNT!) and the new routine became being driven into the unit each morning after getting Oliver to kindy or leaving him in the care of Grandma, staying with Ava for the day, swapping with Steve so that he could have some one-on-one time with her each night and expressing, expressing, expressing!! 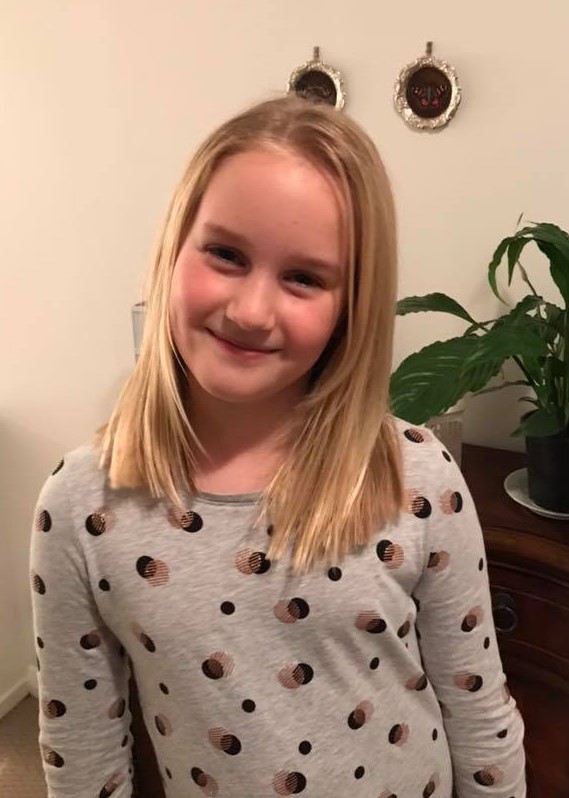 After a week I was back at the NICU overnight, as we were rooming in! All continued to go well (apart from a bit of jaundice) and after 2 nights rooming in and exactly 2 weeks to the day after Ava was born, we were off home!

Ava has had no ongoing health issues as a result of her slightly early birth, apart from reflux, which may very well have been present if she had been a full-term baby! She is now a fun-loving, caring 9-year-old, who towers above most of her class-mates and loves to dance, sing and play netball!

Sam is our new Fundraising Co-Ordinator and we’re delighted to have her onboard The Little Miracles Trust team!  You can read more about her in this short bio here