As told by mum Amanda

Eliza was born at almost 42 weeks, after a reasonably stressful labour. She was resuscitated, then placed on my chest for her first skin to skin. My husband and I were instantly in love with our healthy, alert baby girl. I had never met a newborn before, so it was amazing to hold her in my arms and watch her do all the things a brand new baby does. The drama of her entry into the world seemed more and more like a haze with every passing hour. 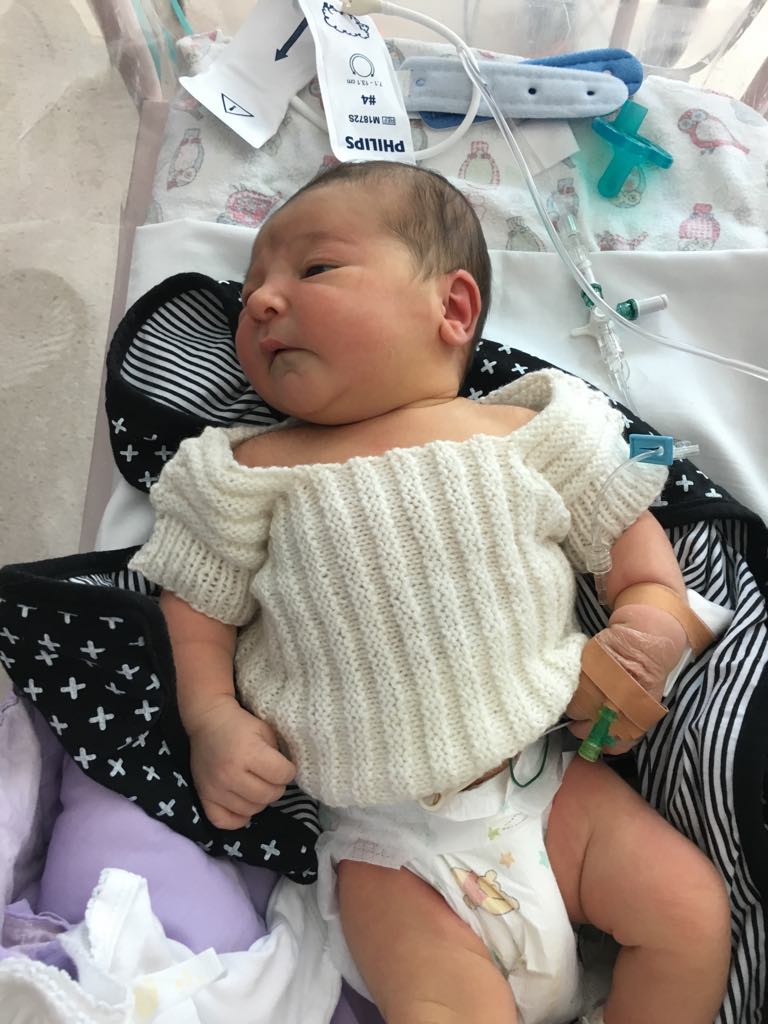 With much of our family living nearby, and some last minute flights booked during her birth by others, it meant we had a lot of visitors in the first 24 hours of her life. Everyone was excited to meet the new member of the family and we were caught up in the joy of her arrival.

Our antenatal classes and midwives had prepared us for a tough night two, as this is typically when baby realises they’re no longer in the womb. We decided to try and approach the evening by getting some rest early on, as soon as our visitors had gone home.  We got the expected unsettledness, the desperate need to feed and desire to be held constantly. There was a fantastic midwife on that evening and she came to our aid with suggestions of how to settle Eliza and said she’d be back to check on us.

As the hours went by we noticed Eliza started breathing very quickly, followed by little bouts of coughing. Even though she was just over 24 hours old we knew something wasn’t right and when the midwife came back to check on us, she knew it too.  At this stage it was around 9pm and the midwife decided to take oxygen tests, as well as a general check of Eliza’s blood pressure and heart rate. They were all in the normal range. However, because of the rapid breathing, coughing and our gut feel, she decided it was best to call on the paediatrician from NICU to come and check on Eliza.

The house surgeon came to do an initial check before confirming that Eliza should be seen by the head paediatrician. An hour later we were walking with the paediatrician to NICU to get blood tests and for a full physical check. The doctor was so patient and kind with us. After the tests were all done we were all sent back to the ward to rest and await the results.

Half an hour went by and we were told that the first test for inflammation had come back in the safe range and that they would wake us should the second test be any different. We felt relieved and sure that the second test would have similar results. I held Eliza close to me and waited while Justin nodded off to sleep.

Around 12.30 the midwife turned the lights on in our room and said we needed to go to NICU urgently. The second test had come up with extremely high markers of inflammation and the doctor wanted to see us. We quickly kicked into gear and wheeled Eliza down to NICU.

We were met by the paediatrician and the NICU nurse that would take Eliza under her care that evening. They gently explained to us that such inflammation can indicate meningitis and that Eliza would be admitted to NICU immediately. She needed a lumbar puncture (a spinal tap where fluid from around the spine and brain is drawn with a large needle) to rule out meningitis and several other tests to determine the cause high inflammation markers. 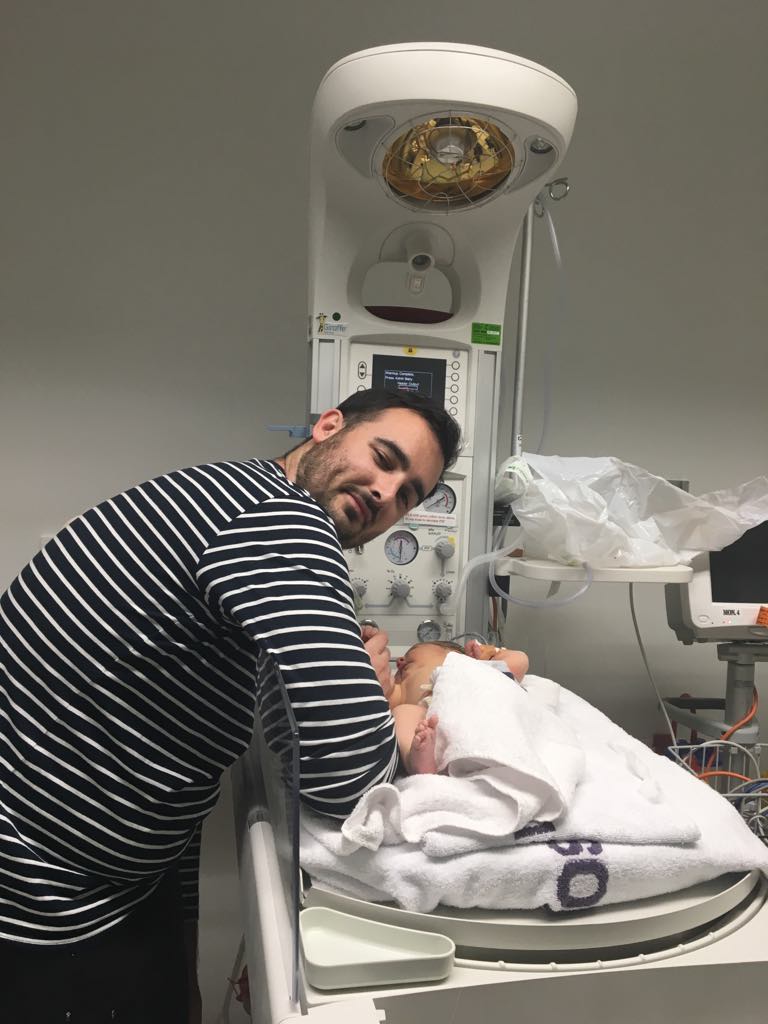 We were in shock. Sickness hadn’t even been on our radar and we had never even considered that we’d be admitted to NICU. Eliza was full term—even more than full term—and we thought only premature babies were treated in NICU. It was in fact the perfect place for our big, sick baby. The doctor and nurse outlined the risks of the lumbar puncture and reassured us that they knew what they were doing. They also recommended we didn’t watch.

Justin and I were taken to the neighbouring family room where we both called our families and broke down in tears. How could our perfect daughter, who we had been waiting so long for, be so sick without any rhyme or reason? As soon as the procedure was over we were called back in to settle and feed Eliza and she was put on two types of general antibiotics to start fighting whatever was making her so sick. At 4am, with Eliza being fully monitored, we were told to go and get some sleep back on the ward.

It took over 24 hours for the results to come back negative for meningitis and it was definitely the scariest 24 hours of our lives. Eliza was eventually given the diagnosis of Group B Strep, which was passed on from me during childbirth. After 48 hours she was allowed off the monitoring and shortly after, while still admitted to NICU and with a NICU nurse administering her antibiotics every 6 hours, was allowed back on the ward with us.

While in their care, the NICU staff gently cared for my precious girl, while also reassuring me, helping me learn to breastfeed as well as giving me the opportunity to bathe her, change her nappies and take care of her needs.

In all we spent almost 7 days in hospital, during 5 of which Eliza was admitted to NICU. While in the scheme of things it was such a short period of time, in that moment it was our whole world. We will forever be grateful for the gentle and empathetic care we received as well as the incredible skill each member of the NICU team possess.

While Eliza struggled to gain weight in the first few months of life, by giving her supplemented feeds and lots of love she is now a thriving 8 month old with lots of personality! 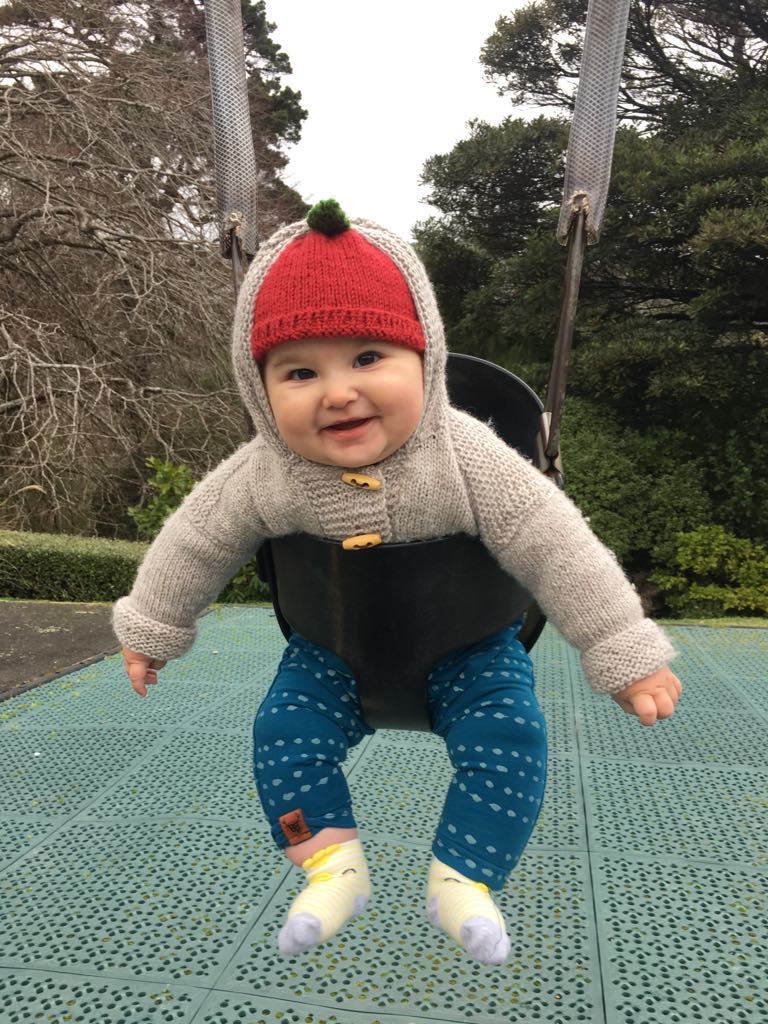 *** Thanks for sharing your story Amanda! ***
We get a lot of positive feedback from families in a neonatal unit who read these stories and feel strength, hope and positivity knowing that they are not alone going through these experiences and feeling certain emotions.
If you would like to discuss sharing the story of your neonatal journey, we’d love to hear from you. Please email info@littlemiraclestrust.org.nz